Mighty Brazil ran riot on Monday as they thrashed Korea 4-1 to secure a place in the quarter-finals of the ongoing Fifa World Cup. In another match, Japan were knocked out of the World Cup after they lost to Croatia on penalties. 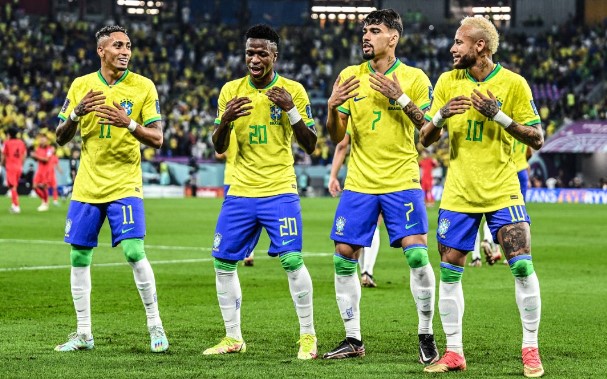 The match between Japan and Croatia remained tied at 1-1 even after 30 minutes of extra time. However, 1-3 after three Japanese players failed to hit the target with their penalty kicks.

In the second match of the day, former World Champions Brazil annihilated Korea by scoring four goals in the first 35 minutes of the match.

Vinícius Júnior opened the account for Brazil in the 7th minute before Neymar Junior increased the lead in the 13th minute through a penalty. Richarlison made it 3-0 in the 29th minute while Lucas Paquetá made it 4-0 seven minutes later.

Paik Seung-ho scored the stunning consolation goal for South Korea, but his effort was too little too late.

Brazil will now face Croatia in a quarter-final match on Friday.

Croatia had finished as the runners-up in the 2018 World Cup final after losing to France.

In a heartwarming gesture, Brazilian players held a giant banner mentioning Pele, the Brazil legend who is currently in a hospital back home. With 76 goals, Pele is Brazil’s all-time male goalscorer but his record may not last for long as Neymar needs just one goal to equal that record.