Indian Idol judge Neha Kakkar on Friday confessed to being the happiest during this Diwali since she had the company of the ‘most special person’ of her life during this year’s festival. Reacting to her cute public confession, her husband Rohanpreet Singh declared her a ‘bomb.’ Rohanpreet publicly calling his wife a ‘bomb’ evoked angry reactions from Neha’s fans, who questioned the morality behind this addressal. Neha had married Rohanpreet, a former contestant of a singing reality show and suitor of ex-Bigg Boss contestant Shehnaaz Gill aka Punajb’s Katrina Kaif. 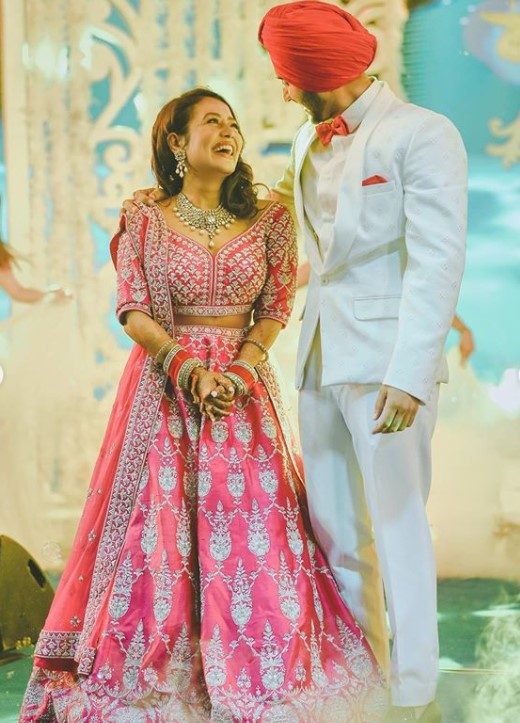 Neha, who recently travelled to Dubai with her husband for the couple’s honeymoon, took to social media to write, “Hello Nehearts! ? I am all set for Diwali celebrations. I know it’s a day early, but I’m really excited!!! ? This Diwali is the most special one because I’ll be spending it with my most special person.”

While her fans reacted overwhelming to Neha’s Diwali post, the most adorable response came from Rohanpreet, who wrote, “Bomb.” He also used an emoji of a bomb along with his comment. Rohanpreet found plenty of support from Neha’s fans with one writing, “Time bomb.” Another commented, “This Diwali, Supreme court has put Ban on “Bomb”.”

However, Rohanpreet also faced flak from some die-hard Neha fans, who took objection to the use of the word ‘bomb’ in reference for Neha. One wrote, “Which husband calls his wife a bomb?” Another wrote, “Be careful. What if this bomb explodes this Diwali?”

Neha has been flaunting her marriage with Rohanpreet ever since both of them exchanged wedding vows in Delhi last month. Her Instagram is deluged with photos and videos of the couple’s escapades including their recent trip to Dubai. In one video, Rohanpreet was seen hiding his face in embarrassment after catching a glimpse of a few swimsuit-clad women at a Dubai beach. This had prompted Neha to encourage her husband to enjoy the ‘view.’

Neha will next be seen judging the Sony TV singing reality show, Indian Idol, along with Vishal Dadlani and Himesh Reshammiya.