The Trinamool Congress on Tuesday released its list of 42 candidates for the Lok Sabha polls and notable among them was Bollywood actress Moon Moon Sen. Sen is likely to lock horns with BJP’s singer-turned-politician Babul Supriyo, adding the Bollywood link to the electoral fight. 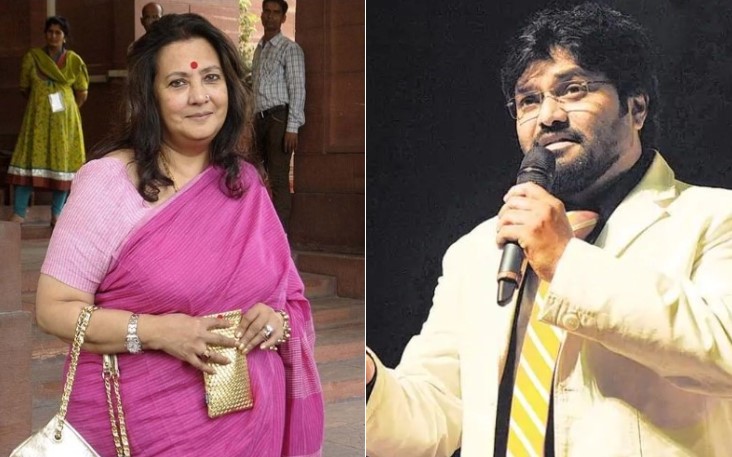 While releasing the list, West Bengal Chief Minister Mamata Banerjee said that her party had fielded 17 women out of a total of 42 seats. She said, “I want to thank Ma Mati Manush (Mother, Soil and People). Greetings to all. Today we announced our list of 2019 Lok Sabha candidates for Bengal & some other States. I am all the more happy & proud because 41% of our candidates (17/42 seats) are women. Trinamool’s list speaks for itself.” 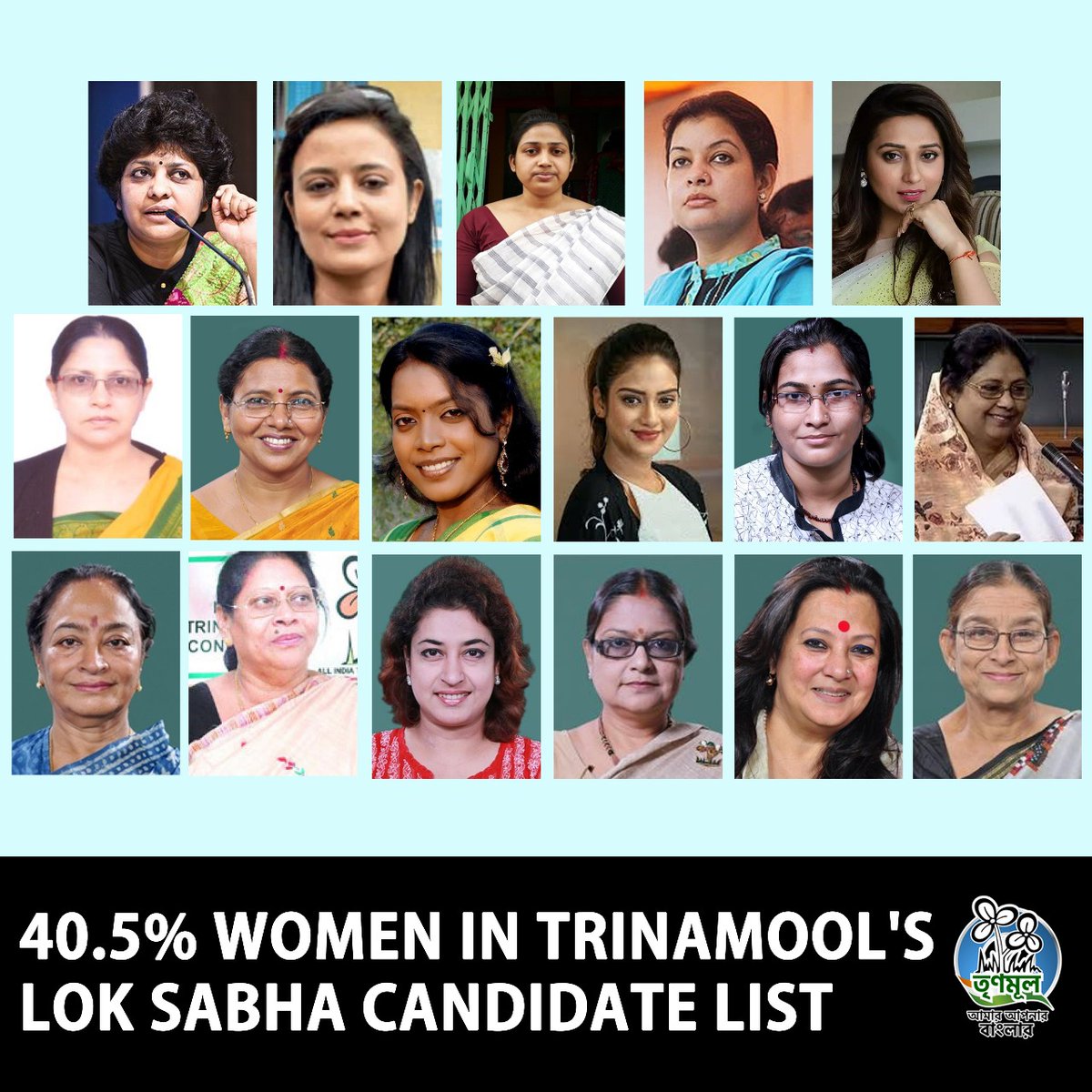 Among other celebrities included in the list are Mimi Chakraborty, Nusrat Jahan and Satabdi Roy, all popular actresses in Bengali entertainment industry. They will contest from Jadavpur, Basirhat and Birbhum constituencies respectively. Actor Dipak Adhikari will once again fight from Ghatal parliamentary seat, while Arjuna awardee former Indian footballer Prasun Banerjee has been fielded from Howrah, adjoining city of Kolkata. 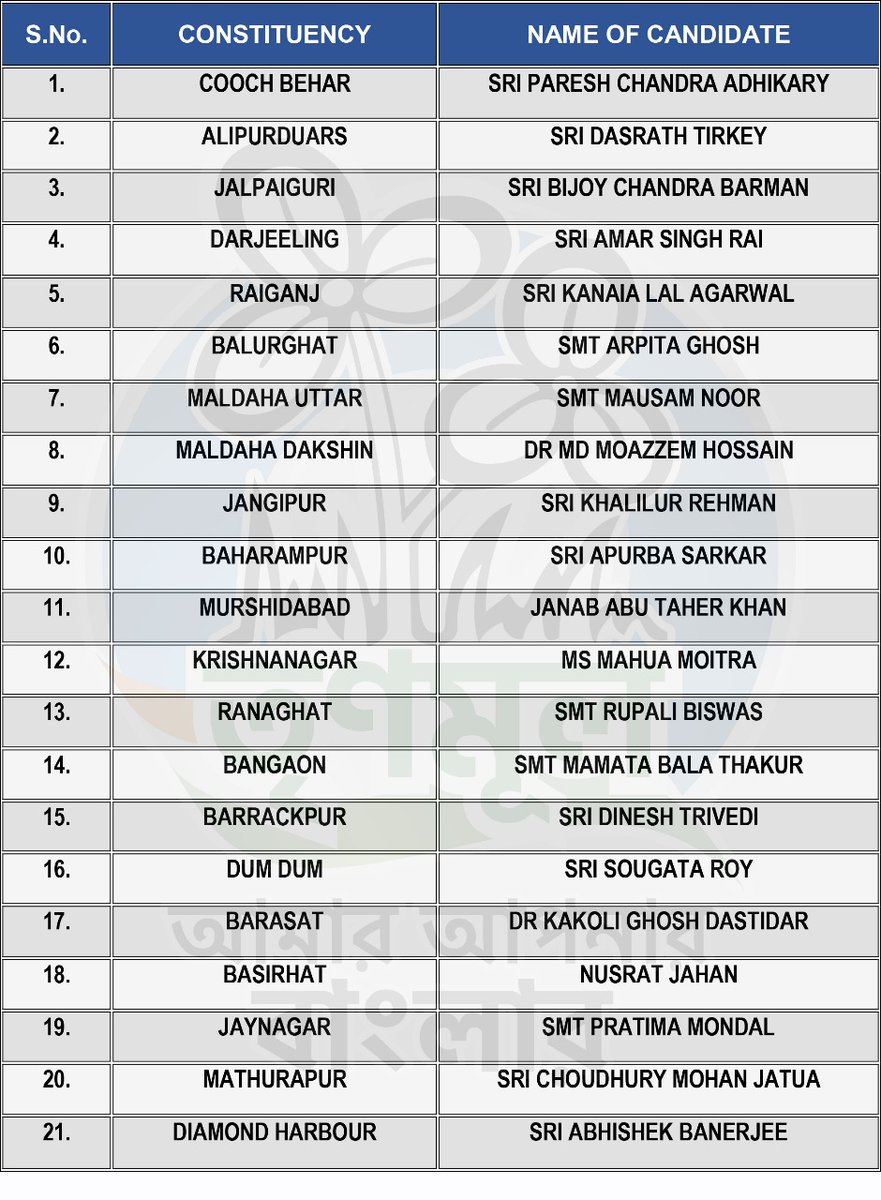 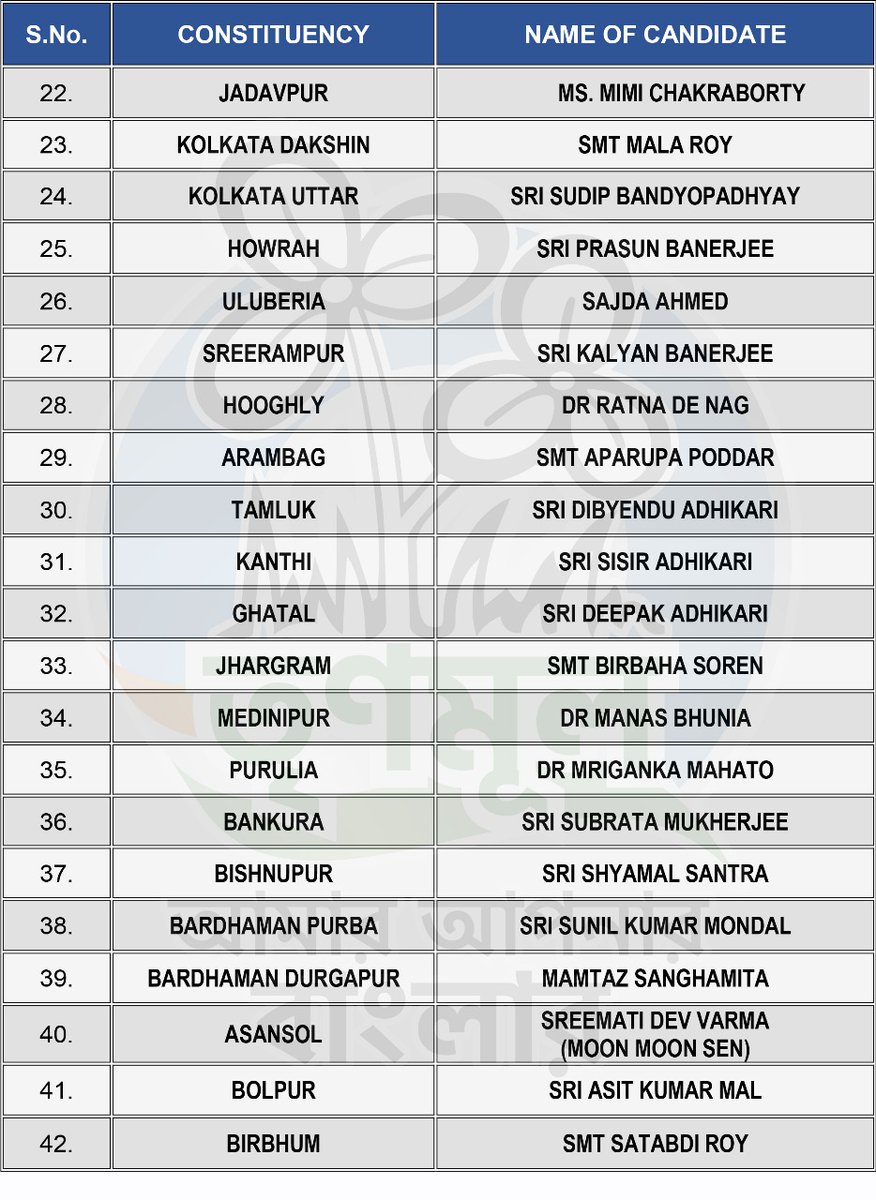 The list of 42 candidates was released by Banerjee, also the Trinamool chief, after a meeting of the party’s Election Steering Committee at her Kalighat residence.

The contest between Moon Moon Sen, who’s the mother of Bollywood actresses Riya and Raima Sen, and Babul Supriyo is bound to be mouth-watering since both are very popular entertainment stars amongst Bengalis.

In Bengal, polling for 42 Lok Sabha seats will be held in seven phases with 24 of them being scheduled for the last three phases in Ramadan. This includes seven on 6 May, eight on 12 May and nine on 19 May. Mamata Banerjee’s party had questioned the rationale behind scheduling polls in the fasting month for Muslims arguing that this will deter voters from the community from turning up to vote.