Bharti Singh of The Kapil Sharma Show has pulled off perfect revenge on husband Haarsh Limbachiyaa by passionately kissing Sara Ali Khan’s director Rohit Shetty on the Khatron Ke Khiladi show. This was after Haarsh was seen flirting with contestant Karishma Tanna by revealing how he had blocked Bharti’s phone. 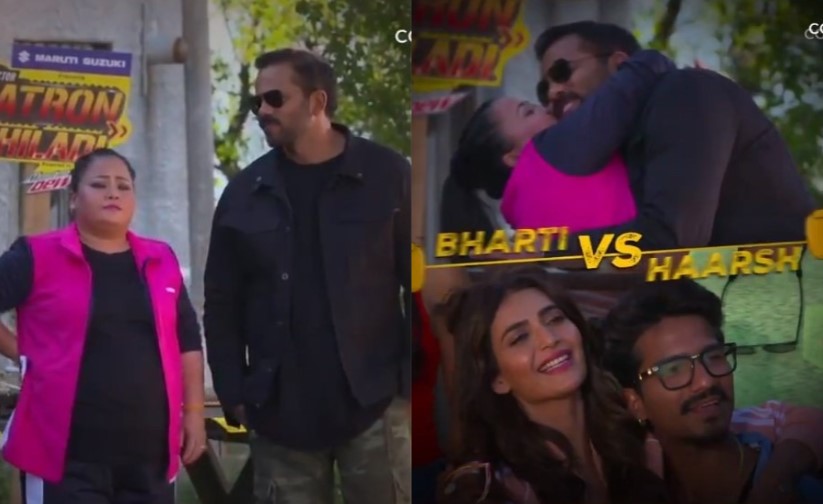 In a promo video broadcast by Colors TV, Bharti is seen joining the contestants and the host of Kahtron Ke Khiladi as a guest. It appears that Bharti is heading to hug her husband Haarsh, who’s already been providing plenty of entertainment with his guest appearance. But Bharti rudely pushes away her husband by making it clear that she is more interested in kissing Rohit Shetty. The famous comedienne then heads towards Rohit before planting a passionate kiss on his cheek.

Unfazed by his wife’s act, Haarsh is seen hugging Karishma by saying, “If you can flirt with Rohit sir, then I will flirt with Karishma. That (flirting with Rohit Shetty) may be a comedy for you, but I am indeed enjoying (with Karishma).”