Comedian Bharti Singh of The Kapil Sharma Show has issued a public apology after she faced brutal trolling from Sikhs for an old joke mocking beards. She is now being accused of dumping her Punjabi heritage after marriage to Haarsh Limbachiyaa, who is of Gujarati origin. 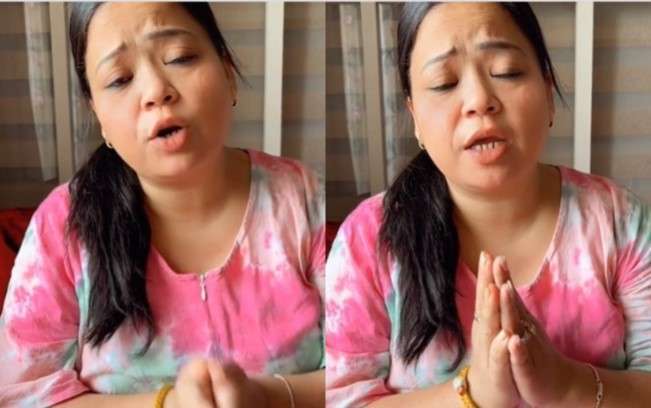 Bharti released a video clarifying her stand as well as apologising for hurting the sentiments of the Sikh community.

She said, “A video of mine is getting viral for the last few days. I’ve been sent that video and people have messaged me about that. I was told that I’ve made fun of beards and moustaches.”

Bharti said that she watched the viral video several times as she urged her fans to also watch the video saying that she had not made fun of Sikhs’ religious beliefs.

“Nowhere have I said anything about any caste or religion. You can watch the video. I’ve not said that Punjabi people keep beards and we have a problem with that. I was having a genuine conversation and doing comedy with my friend.”

Bharti said that she apologised profusely if her joke had offended anyone saying that she would never make fun of the Sikh community since she herself hailed from Amritsar.

In the viral video, Bharti was seen cracking a joke at beards and how they became breeding ground for lice. People from the Sikh community had slammed her for her joke concluding that the comedian was referring to them even though she had not mentioned any religious groups in her joke.

Angry Sikhs had accused Bharti of her forgetting her Punjabi heritage after her marriage to a Gujarati person. Bharti is married to Haarsh Limbachiyaa. Bharti, for her part, maintained that continued to remain proud of her Punjabi background.