The Narcotics Control Bureau has arrested comedian Bharti Singh of The Kapil Sharma Show in a drug racket case after grilling her and husband Haarsh Limbachiyaa on Saturday. The development came briefly after the anti-drugs agency raided the couple’s house and carried out a search operation on their production house. Netizens were quick to draw a link between the action against Bharti to the mocking of Arnab Goswami by her co-stars Kiku Sharda and Krushna Abhishek on the Salman Khan-produced show. 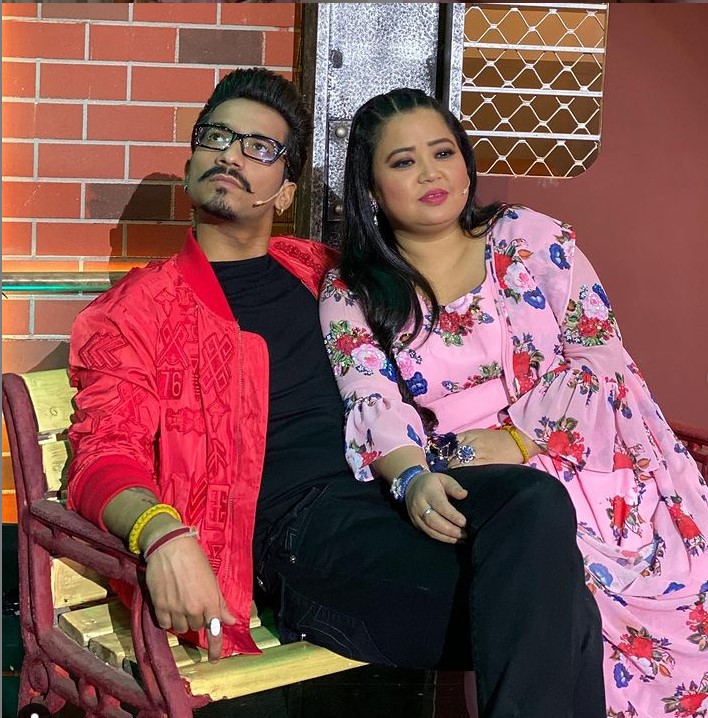 A news flash by ANI said that the NCB had raided the production office and house of Bharti Singh, adding that the agency recovered 86.5 gms of Ganja from both the places. Both Bharti and her husband Haarsh Limbachiyaa are reported to have confessed to the consumption of the banned substance.

Her husband Haarsh too was later arrested. A Mumbai court later remanded Bharti and her husband to judicial custody till 4 December.

Many netizens were quick to link the action against a popular star of The Kapil Sharma Show to the Sony TV programme’s attempt to mock Arnab Goswami in one of their recent episodes. The video mocking Goswami and his colleague Pradeep Bhandari had gone viral on social media. In the viral video, Kiku and Krushna were seen recreating the Republic TV founder’s mujhe drugs do rant by replacing the words to mujhe jug do.

Neither Kapil Sharma nor any of Bharti’s other co-stars such as Archana Puran Singh have reacted to her sensational arrest yet. Bharti also hosts the popular dance reality show India’s Best Dancer on Sony TV, whose grand finale is scheduled to be held this weekend.

It’s not clear if the finale episodes have already been shot and their broadcast will go on air uninterrupted.