India’s Attorney General KK Venugopal has given his sanction to initiate a contempt case against comedian Kunal Kamra for his tweet showing a middle finger to the country’s Chief Justice SA Bobde. The request for the AG’s nod had come from an advocate, Anuj Singh of the Allahabad High Court. 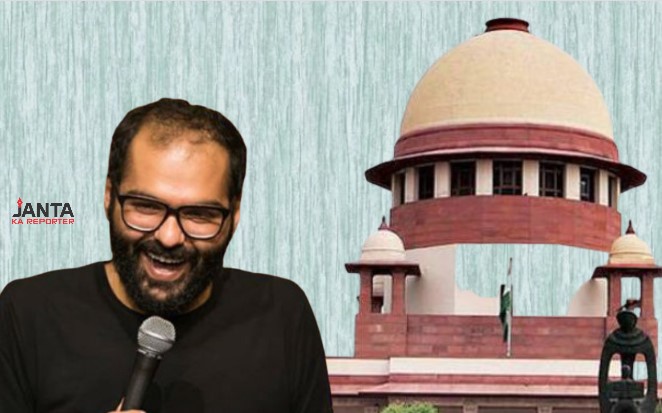 Responding to Singh’s request, Venugopal wrote, “The depiction of the two fingers with the legend that he means the middle one, is to deliberately insult the Chief Justice of India, which would equally be an insult to the Supreme Court of India itself, which the Chief Justice Heads.”

Venugopal said that the tweet by Kamra was ‘grossly vulgar and obnoxious’ adding that he had ‘no doubt that it would tend to lower the authority of the Supreme Court of India as well as undermine the confidence that the litigant public has on the institution itself.’ 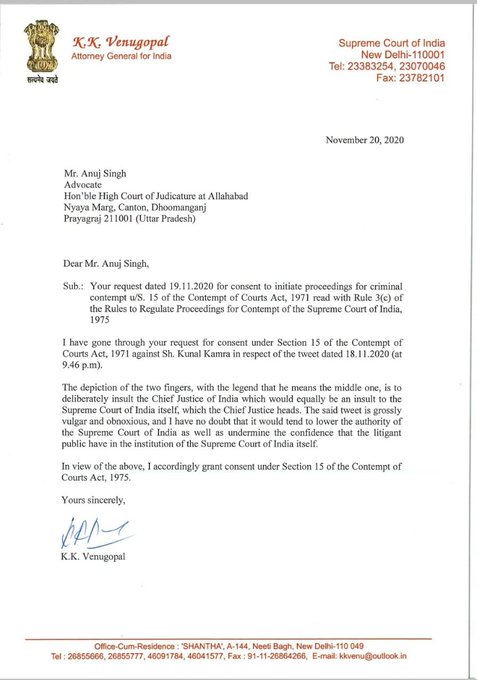 Kamra in his latest tweet had shared a photo of two fingers with a caption that read, “One of these 2 fingers is for CJI Arvind Bobde… ok let me not confuse you it’s the middle one.”

One of these 2 fingers is for CJI Arvind Bobde… ok let me not confuse you it’s the middle one
??? pic.twitter.com/IhoYIP3Ebe

This comes just a week after the AG gave his consent to initiate criminal contempt against Kamra for his earlier tweets targeting the Supreme Court of India in the wake of its controversial order on Republic TV founder Arnab Goswami.

A parliamentary panel headed by BJP MP Meenakshi Lekhi had this week grilled a Twitter executive for Kamra’s tweets targeting the Indian judiciary for its alleged biases. “It is shameful that Twitter is allowing its platform for obscene remarks like the one by stand-up comedian Kunal Kamra against the Supreme Court and the CJI,” Lekhi had later told reporters.