Hashtag #ArrestArnab has once again become a top trend on the internet after a new police complaint was filed against BJP ally Arnab Goswami in Mumbai. This was days after FIR actress Kavita Kaushik and filmmaker Anubhav Sinha targeted the Republic TV founder for allegedly promoting communal tension amidst the COVID-19 pandemic. 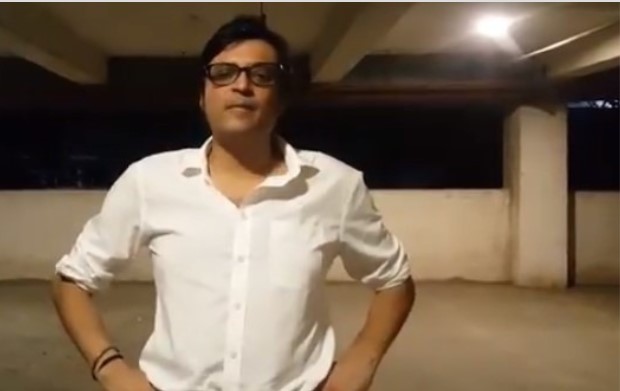 In the fresh police complaint, the complainant has accused Arnab Goswami and two others of hurting religious sentiments by making a derogatory remark regarding a mosque located in suburban Bandra. According to the police complaint, the controversial TV anchor had played in his programme on 29 April a video clip of the migrant workers’ gathering outside the Bandra station. He had gone on to question the motive behind the gathering by laying special emphasis on the mosque allegedly in a bid to demonise the Muslim community.

According to the Hindustan Times, the complainant alleged that Goswami had said in his programme, “Ab se thodi der pehle Mumbai ke Bandra me Jama Masjid Hai. Aur Is Jama Masjid Ke Pass Achanak Hazaro logo Ki Bheed Jama Hogae. (Thousands of people gathered outside Jama Masjid in Bandra a short while ago.) Mumbai ke Bandra me masjid Ke pass kisne bheed jutae. (Who gathered the crowd outside the mosque in Bandra?) ‘Lockdown me har Bheed Masjid ke pass kyu Juti Hai? (Why is it that crowds gather near every mosque during lockdown).” This, according to the complainant, fuelled hatred against Muslims.

The complainant, Irfan Abubakar Sheikh, from the Raza Education Welfare Society, told news agency PTI, “Arnab tried to target a particular community through his show which was aired on April 29 while the incident had taken place on April 14.”

Earlier, Goswami had to face a 12-hour intense interrogation at a police station in Mumbai. Several celebrities such as TV actress Kavita Kaushik and filmmaker Anubhav Sinha had criticised Goswami for his involvement in fuelling commtension in India.