Republic TV’s Arnab Goswami did not leave the TV screen of his Republic TV on Sunday as he extended his support to Prime Minister Narendra Modi’s call to observe Janta Curfew in view of the coronavirus outbreak. Launching a hashtag #IndiaComeTogether, the Republic TV founder interviewed a series of top Bollywood names including actor Varun Dhawan and music celebrities Adnan Sami, Shankar Mahadevan and Bappi Lahiri. While speaking to Sami and Lahiri, the Republic TV founder made brave attempts to showcase his own singing talent. Goswami looked unusually cheerful particularly when he was seen giving grief to Bollywood actors Priyanka Chopra, Shahid Kapoor and his wife Mira Rajput only a few days ago. 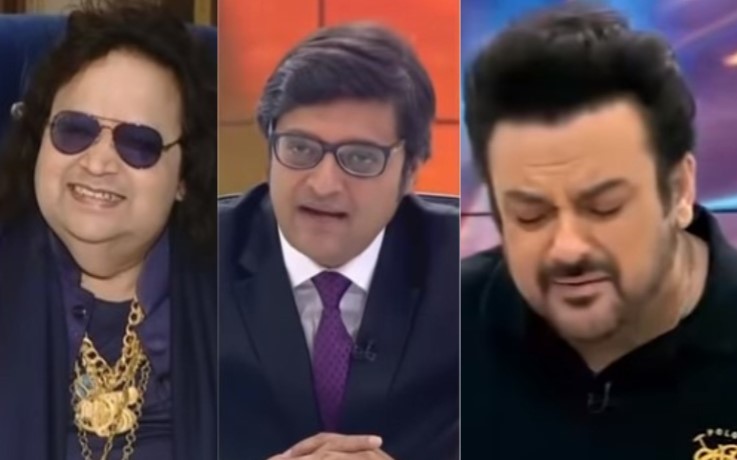 Speaking to Sami, Goswami said, “Right now since you are live with me Adnan, something from you. Kuch lift kara do. Nation ke mood ko lift kara de Adnan Sami ji.”

Adnan wasted no time in giving a LIVE rendition of his famous song Lift Kara De. No sooner did Sami conclude his singing, Goswami tried to showcase his own talent as he sang, “Corona ko thoda sa bhaga de (Send Corona away).”

Goswami later told Bappi Lahiri that he always felt great about his own singing talent. He said, “I am always tempted when people sing. I think I am a great singer. The problem is nobody ever recognised my talent. Even now, I was wanting to sing, I was loudly told in my ear ‘don’t don’t.’ Nobody encourages us.”

Bappi Lahiri asked Goswami to sing at least one song. Goswami replied emphatically, “Never. I will get trolled for the rest of my life.”

Goswami has lately been menacing towards Bollywood actress Priyanka Chopra for attending the Holi bash organised by Mukesh and Nita Ambani’s daughter Isha Ambani. Goswami had slammed the Quantico actress for not maintaining social distance. He had also slammed actor Shahid Kapoor and his wife Mira Rajput for defying the government ban by going to a gym in Bandra.