Arnab Goswami has found himself in a serious spot of bother after a Maharashtra minister vowed to reopen an abetment to suicide case filed against the Republic TV founder in 2018. This came days after FIR actress Kavita Kaushik, Mulk director Anubhav Sinha and Saif Ali Khan’s co-star Kubbra Sait targeted the controversial TV anchor for his recent shenanigans. 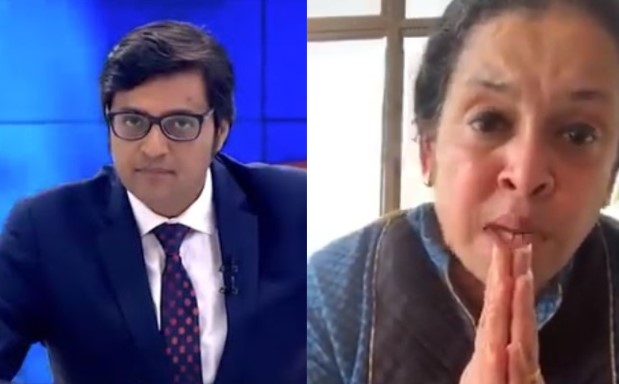 This was after Akshata Naik, the widow of interior designer Anvay Naik, recorded a short video seeking justice for her husband’s death in 2018. She alleged that her husband and mother-in-law had to commit suicide due to the non-payment of dues from Arnab Goswami. She said in the video, “All citizens of India also all human beings all over the world, stand with me and give justice to me. And if anything happens to me and my daughter, solely Mr Arnab Goswami and also Mr Anil Paraskar and Suresh Warade will be responsible. Anil Paraskar was the superintendent of police of Raigad at the time of the two suicides while Suresh Warade was a senior police inspector in Alibaug.

At the time of filing the FIR against Goswami, Maharashtra had a BJP government headed by the then Chief Minister Devendra Fadnavis. With Maharashtra now being ruled by the Congress, the NCP and the Shiv Sena, Goswami’s detractors hope that that the abetment to suicide case will be fast-tracked.

Goswami has been in the news lately after multiple FIRs were filed against him for allegedly attempting to disturb communal harmony through his TV broadcasts. The Supreme Court had given him a three-week protection from arrest. Several celebrities including FIR actress Kavita Kaushik, Mulk director Anubhav Sinha and Saif Ali Khan’s co-star Kubbra Sait had targeted him for his theatrics both inside and outside the TV studio.