Indian Idol judge Neha Kakkar recently revealed on The Kapil Sharma Show that she had made her husband Rohanpreet Singh unfollow his ex-girlfriend after they tied the knot, leaving both the host and Archana Puran Singh stunned. Rohanpreet was a suitor of ex-Bigg Boss contestant Shehnaaz Gill aka Punjab’s Katrina Kaif. 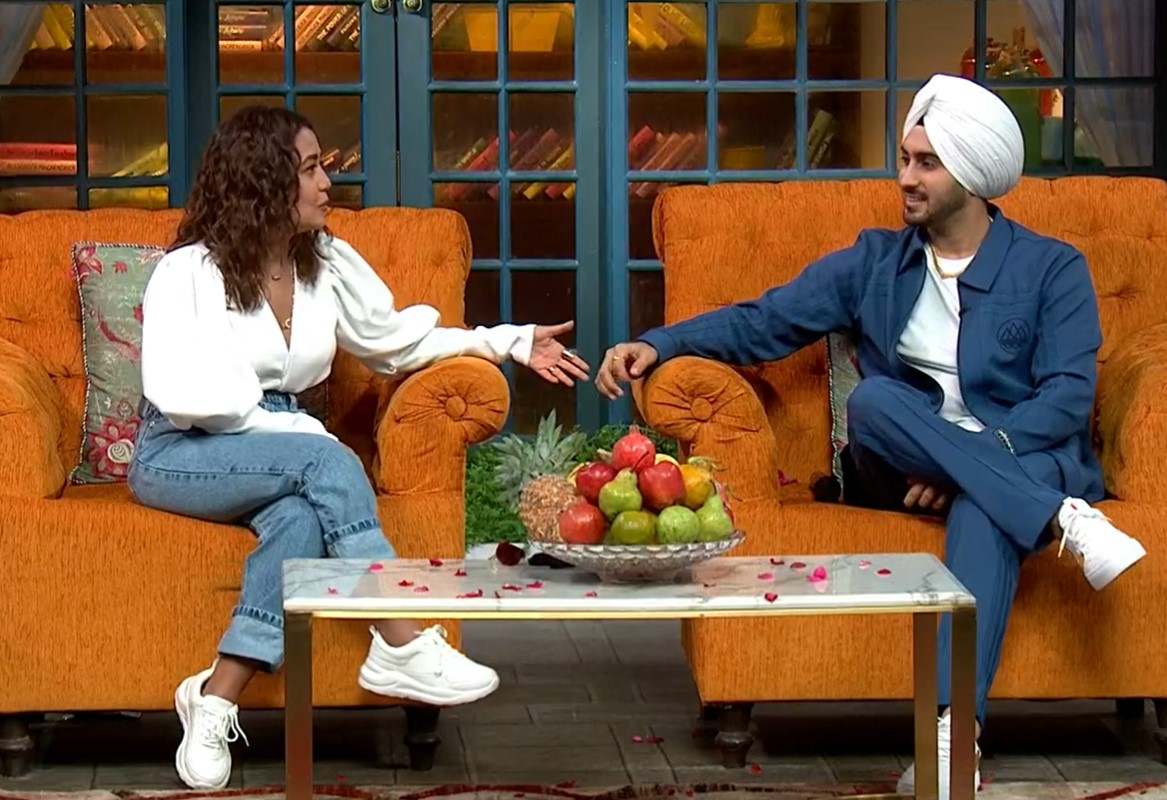 Referring to Rohanpreet Singh’s music video titled Ex Calling, Kapil joked about the former’s girlfriend. Neha said, “You know what happened. I made him unfollow (his former girlfriend) and he made a song out of it.” Kapil said, “I had asked that question jokingly, but didn’t realise that it was true story. You’ve exposed (your husband).”

Neha said that she had met Rohanpreet only in August saying that she was blown away by his politeness. “When I met Rohu (Rohanpreet) on the sets of Nehu Da Viyah, I really liked the way he was interacting with everyone with politeness. He’s a beautiful human being, who treats everyone equally. Not to mention that he’s quite a handsome person,” Neha told Kapil Sharma.

Archana Puran Singh asked, “Who took the first step (in the relationship)?” Neha said, “As soon as the shoot was over, he came to me to ask for my Snapchat ID.” Rohanpreet said that he was determined to ask for Neha’s WhatsApp number in the event that she did not exist on Snapchat.

Neha also said that she decided to make her music video Nehu Da Vyah also featuring Rohanpreet before she met her husband.

Rohanpreet Shot to fame after taking part in a singing reality show before participating in another reality show as a suitor of former Bigg Boss contestant Shehnaaz Gill aka Punjab’s Katrina Kaif.