Archana Puran Singh of The Kapil Sharma Show has taken to her social media page to produce evidence to deny allegations of ill-treating her dog. Her decision to publicly deny the allegations of ill-treatment of her pet dog came after many of her fans criticised her for leaving her dog out in the night. Just days ago, Archana and Kapil Sharma were stunned after Rohit Shetty made a revelation about Kareena Kapoor Khan. 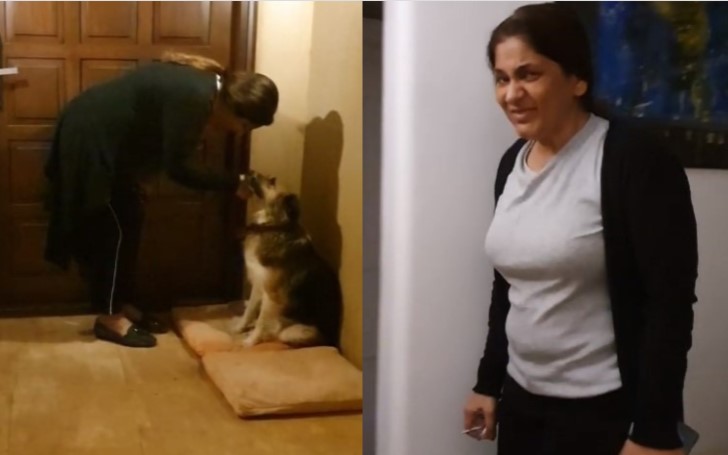 Archana had shared a long video of her morning shoot a few days ago. In the video, The Kapil Sharma Show judge was seen leaving her house in the darkness of an early morning. As she made her way out, she was seen loving her dog, sitting outside the house.

One fan had commented, “Feeling really sorry for ur poor dog.” Another fan had asked, “So u keep ur dog outside ? Without dog house?” Reacting to criticism, Archana asked her fans to ‘stop worrying’ about her dog as she wrote, “For all dog lovers worrying that my dogs don’t have any place INSIDE our home ? Chill. Just like they are. Patch prefers his cozy rug. While Drama literally chills on the cold floor. (Which he licks and drools all over.?‍♀️?) #dogslife #itsadogsworld #dogsrule STOP WORRYING GUYS.”

For all dog lovers worrying that my dogs don't have any place INSIDE our home ? Chill. Just like they are. Patch prefers his cozy rug. While Drama literally chills on the cold floor. (Which he licks and drools all over.?‍♀️?) #dogslife #itsadogsworld #dogsrule STOP WORRYING GUYS?

Archana’s off-the-cuff videos on Instagram have become hugely popular. The day she recorded the video of her early morning shoot, she had to record The Kapil Sharma Show with her friends Akshay Kumar and Rohit Shetty, who were on the sets to promote their upcoming film Sooryavanshi.Rohit had stunned everyone by revealing that Kareena ran an effective network of informers, who kept her abreast of goings-on in Bollywood.