Krushna Abhishek of The Kapil Sharma Show was left humbled by Archana Puran Singh’s generosity as the latter wrote an adorable note on the comedian’s new show. Krushna’s co-star Kapil Sharma too took to Instagram to promote the former’s new show, set to start soon. However, two of his key co-stars namely Kiku Sharda and Bharti Singh decided not to emulate Archana and Kapil. 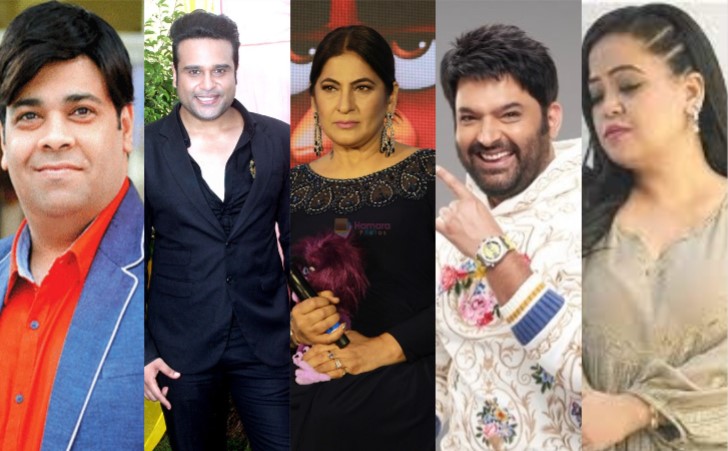 Promoting the new season of Krushna’s show, OMG Yeh Mera India, Archana shared a video featuring her co-star as she wrote, “@krushna30 Whatever you do… you do with passion, sincerity and devotion. And that’s why you are so good at what you do! You make me proud Krushna. And I love you.❤

“Here’s wishing you…one of the most talented artistes I have known… a fabulous new season of “OMG! Yeh Mera India”.”

The new season of Krushna’s show, OMG Yeh Mera India, will be broadcast on Mukesh Ambani-owned HistoryTV18 starting 24 January. This will be a weekly show, to be broadcast every Monday at 8 PM.

Elsewhere, Kapil Sharma too shared the video on his Instagram page as he wished his co-star success. “Congratulations n best wishes to my bro @krushna30 for the 8th season of his show #omgyehmeraindia releasing on 24th January on @historytv18.”

As expected, Krushna thanked Kapil for his gesture. He wrote, “Thank u bhai love u ????”

Curiously, except for Chandan Prabhakar, no other cast member from The Kapil Sharma Show plugged Krushna’s new show. Chandan, however, did not receive a ‘thank you’ response from Krushna, who had wasted no time thanking Archana and Kapil. While Chandan had plugged Krushna’s video on Wednesday, Archana did the same a day later.

One wonders if this is because Krushna sees less value in Chandan plugging his show given that the latter has only 243,000 followers as opposed to Archana’s 1.3 million and Kapil’s whopping 37.8 million followers.

It’s still not clear why Kiku Sharda or Bharti Singh did not emulate Kapil, Archana and Chandan in promoting Krushna’s new show.