Virat Kohli and his actor wife Anushka Sharma have made desperate appeals to fans to not share their daughter Vamika’s photo after the visuals of the little child from the third One Day International against South Africa went viral. 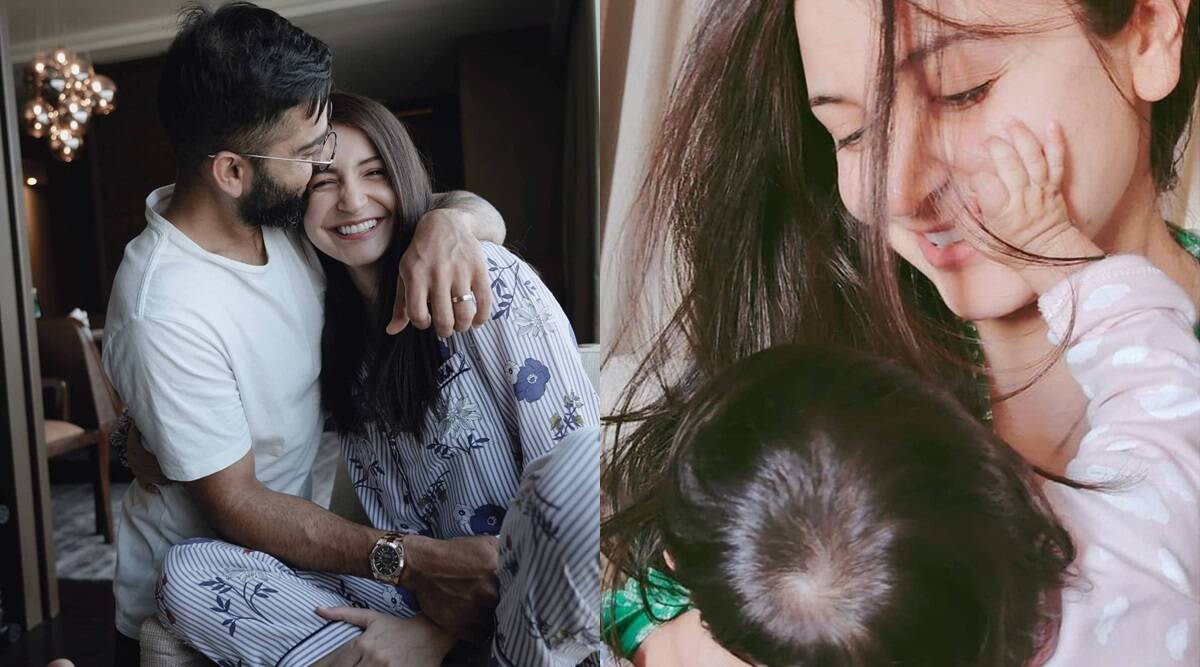 Both Virast and Anushkaa took to Instagram to share identical notes as they wrote, “Hi guys! We realise that our daughter’s images were captured at the stadium yesterday and widely shared thereafter.”

During the third ODI in Cape Town, Anushka was seen cheering her husband with her daughter Vamika. This was when Kohli scored his second consecutive half-century. The video of Anushka cheering Kohli with Vamika had gone viral on social media. 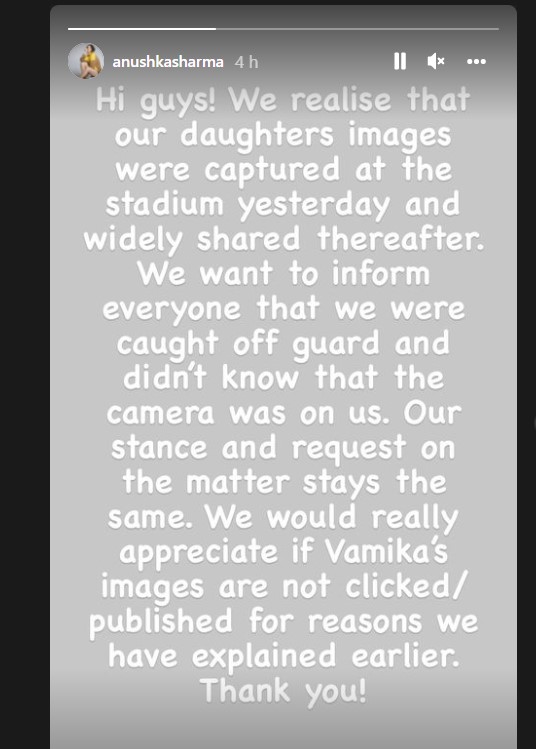 Anushka and Virat wrote, “We want to inform everyone that we were caught off guard and didn’t know that the camera was on us. Our stance and request on the matter stays the same. We would really appreciate if Vamika’s images are not clicked/ published for reasons we have explained earlier. Thank you!”

Vamika recently celebrated her first birthday in South Africa, where Kohli has been representing India in both Test and ODI matches.

Kohli was leading the Indian Test side but had stunned everyone by stepping down as the captain of the longer form of the game. Reacting to her husband’s shocking announcement, Anushka had written a heartwarming note conclusively confirming that her husband’s decision to step down as the Test captain of India may not have been related to the team’s poor performance on the field.

In her long and emotional note, Anushka had revealed how both she and her husband were ‘naive’ to believe that ‘just good intentions, positive drive & motives can take you ahead in life.’