Former India skipper Virat Kohli has been dominati8ng media headlines lately all due to wrong reasons with Kapil Dev stirring up a hornet’s nest by suggesting his exclusion from Team India for the upcoming T20 World Cup. Kohli has now taken to Instagram to share a cryptic post titled ‘What if I fall’ with the caption ‘Perspective.’ His post has gone viral prompting many celebrities including his actor wife Anushka Sharma and a former England cricketer to react. 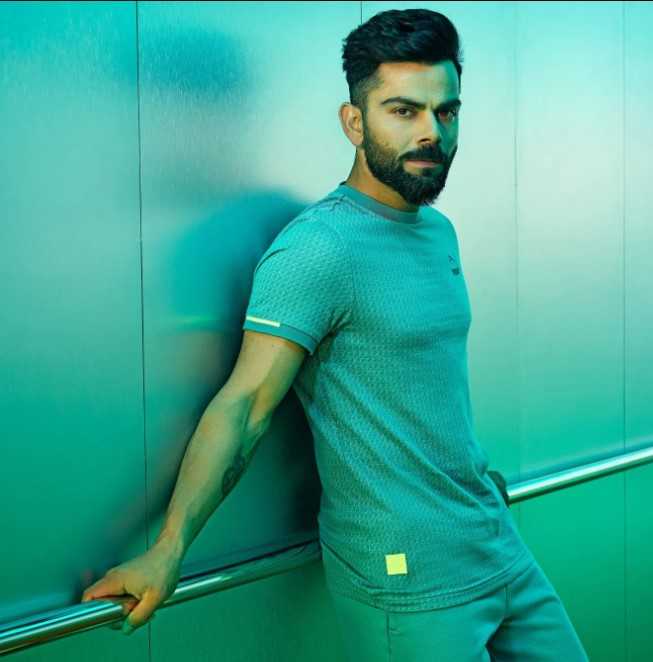 Sharing a photo of himself sitting next to a giant blackboard with a drawing of wings, Kohli wrote, “Perspective.” The message on the giant blackboard read, “What if I fall.” The second line of the message read, “Oh but my darling, but what if you fly.”

Kohli’s post has since gone viral clocking close to two million likes. Several celebrities reacted to his post. Former England batsman Kevin Pietersen wrote, “You go big guy! People can only dream about what you’ve done in cricket. And they’re some of the best players that have played the game. ❤️”

Anushka shared a series of red heart emojis and flowers.

Kohli’s poor form had recently prompted former India captain, Kapil Dev, to suggest that the former should be dropped from the side ahead of the T20 World Cup. However, Sharma had reacted angrily to that suggestion and even questioned the ‘expert’ status of Kapil Dev.

A journalist had asked Team India skipper about Kapil Dev’s comments at a post-match press conference in England. Without naming Kapil Dev, Sharma had said, “It’s not difficult at all for us (to ensure Kohli’s place in the playing XI) because we don’t listen to outside noise. Also, I don’t know who these experts are and why they’re called experts. I don’t get that.”