Fans of Sushant Singh Rajput have erupted in anger as they demanded action against actress Sanjana Sanghi after stunning revelations made by Pavitra Rishta director Kushal Zaveri. Zaveri sensationally revealed that Sushant could not sleep for four nights as he desperately waited for Sanjana to clarify her MeToo allegations. 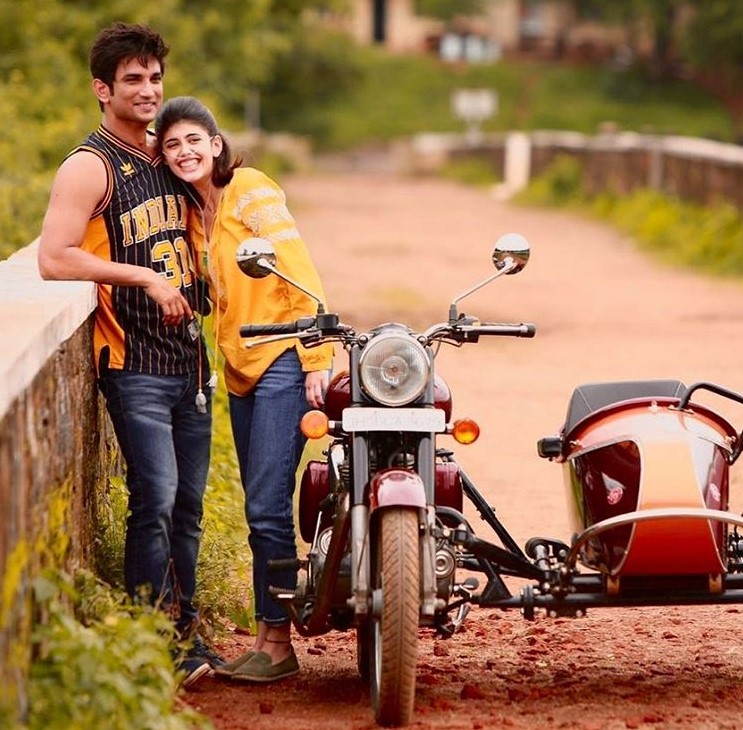 In October 2018, late Sushant was forced to issue a denial of allegations of sexual harassment against him. Taking to Twitter, the popular actor had said that the allegations against him that he sexually harassed the Bollywood newcomer Sanjana Sanghi were a work of fiction. His tweet had read, “The last thing worth doing is to defend yourself of the fiction created by an agenda. People using this much-required campaign for their personal agenda is too much to ignore. So here is the text conversation with Sanjana till the time I shot for the film. I let you decide.”

Sushant had also shared the screenshot of his text conversation with Sanjana showing that there was nothing wrong between them.

Zaveri, who was the director of popular TV series Pavitra Rishta featuring Sushant and Ankita Lokhande, has now revealed how it took five days for Sanjana to clarify that MeToo claims against the late actor were baseless. He wrote, “I stayed with sushant from July 2018 to Feb 2019 … the most vulnerable I have seen him was during the #metoo movement in Oct 2018 … the electronic media was targeting him without any solid proof … We tried our best to contact sanjana sanghi but it seems she was in USA and was not available for any comment (strange coincidence).”

Zaveri continued, “Sushant knew back of his mind who was targetting him but didn’t have proof to call them out … I remember how sushant couldn’t sleep for 4 nights waiting for sanjana to clear the allegations … Finally she cleared his name on the 5th day and it all seemed like a hard earned victory as if the battle was over.”

Sharing his stunning post, Zaveri wrote, “I am putting this here out not only for closure sake but to also find out if the people sushant thought were targetting him Were actually behind this.”

I am putting this here out not only for closure sake but to also find out if the people sushant thought were targetting him Were actually behind this ! #justiceforsushantsinghrajput ?

Sanjana had recently explained why it took her five days to issue a denial. She told Pinkvilla website, “Everyone thinks only Sushant was the one troubled there but I was as troubled. We knew our truth – I know what he meant to me, he knew what he meant to me and that’s what is important. We were on set shooting every day. When one or two articles come, you can’t pay heed to every rumour that comes out, so you just let it go.”

No sooner did Zaveri share his post, Sushant fans went ballistic slamming Sanjana for her alleged hypocrisy. One wrote, “Sanjana Sanghi you lied in interview that you n Sushant collectively discussed and remained numb. Now answer this. @team_kangana_ranaut please post this and let people know about @sanjanasanghi96.” Another tagged the Mumbai Police to write, “please investigate this.” “Sanjana Sanghi, answer this you cunning woman,” another fan.

One fan wrote, “Thanks you so much are speaking ! More people need to speak for Sushant…she is apparently blocked me for commenting on fake video that she put just in 1 hr why you are shedding crocodile tears when you actually started the negative campaign against him ! This women is working in industry (short roles) for 10 yrs but her claim to fame is fake metoo allegations against sushant. Now shamelessly basking glory of sushant suscess….!!!”

Sanjana had recently written a heartfelt note reminiscing her time spent with Sushant while shooting Dil Bechara. She has also filled her social media pages by paying several tributes to Sushant Singh Rajput as Dil Bechara smashed several records on its release.

Life, indeed, is seri-real. 2 years ago, July 9th 2018, was the first day of Sushant & Sanjana, becoming Manny & Kizie in front of the camera, on set in Jamshedpur. My life since that day, has never been the same for a second. Kizie & Manny truly believed there never will be a greater love than their’s, but the love all of you, all over the world have shown us? It really does come close. It feels like a long, warm embrace. Thank you for loving, crying and smiling with #DilBecharaTrailer Lekin picture? Abhi baaki hai. ( #SwipeRight for some moments from our time on set I found from the archives. ) Aur haan! Ek Aur baat! It’s not Kissy, it’s Kizie. ZZZZZ. Seri, Immanuel Rajkumar Junior? ? @castingchhabra ??

Faced with growing outrage against her from Sushant fans, Sanjana has disabled comments section on her Instagram page.