When Shahid Kapoor’s wife Mira Rajput shared a throwback photo of her pregnancy just before she had given birth to her daughter Misha four years ago, little did she realise that this will trigger speculations for another pregnancy. 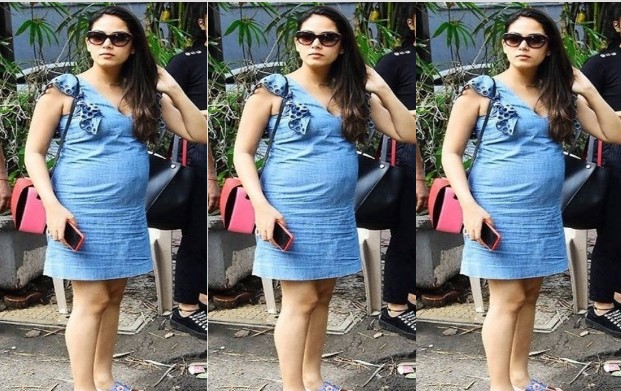 Mira took to Instagram to share the photo of her pregnancy moments before Misha was born. While sharing the photo, Mira wrote, “Throwback to the day before I popped ?#4yearsagotoday. I can understand the belly getting bigger, but what’s with the nose getting huge?”

Throwback to the day before I popped ?#4yearsagotoday I can understand the belly getting bigger, but what’s with the nose getting huge?

Her mother-in-law Neelima Azeem wrote, “Joy and love in our lives❤️” Mira also found plenty of feedback to her query on why her nose had unusually grown during her first pregnancy. One wrote, “Happened to me too.” Another commented, “t happened to me when I got pregnent too!” “The nose getting bigger is d worst part bout pregnancy,” commented another fan. Another wrote, “Omg this is SO true about the nose. I wondered the first time around like whats up with my nose.”

Then there those, who said that the first glimpse of her throwback photo had given them the impression that Shahid Kapoor’s wife was expecting her third child. One wrote, “I LEGIT THOUGHT THIS WAS ANOTHER PREGNANCY ANNOUNCEMENT!!!” Another fan wrote in Hindi, “Ek aur shahid kapoor aa rha hai? (Another Shahid Kapoor is arriving?)” “I suddenly thought u were pregnant again,” commented another Instagram user.