Thursday’s IPL match between Chennai Super Kings (CSK) and Mumbai Indians (MI) courted controversy after Mahendra Singh Dhoni’s teammate, Devon Conway, was wrongly adjudged LBW even though the delivery from Daniel Sams appeared to be missing the stumps. Conway approached the umpire with an intention to review the field umpire’s decision, but the player was denied the opportunity to avail the DRS due to a power cut at the Wankhede stadium. Convoy had to leave the ground on a golden duck. Angry fans have now targeted Mumbai Indians owner Mukesh Ambani and his son Akash Ambani, accusing them of fixing the match. Twitter has exploded with hilarious meme fest with both the Ambanis being shown as disrupting the power supply to the stadium in photoshopped images. 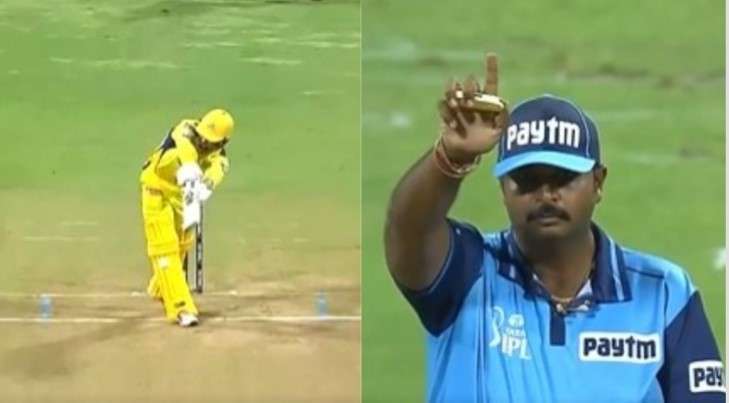 One Twitter user wrote sarcastically, “So the world’s greatest T20 tournament can’t afford DRS because of Powercut? It’s missing stumps even in normal vision. Ambani Indians has made deal with Umpires!?”

Another user commented, “Electricity is back in the stadium, means ambani’s job is done.”

Similar reactions followed from other angry fans prompting ‘Ambani’ to become a top trend on the microblogging site.

So the world's greatest T20 tournament can't afford DRS because of Powercut? It's missing stumps even in normal vision. Ambani Indians has made deal with Umpires!? #IPL2022 #Umpiring @ICC #CSKvMI pic.twitter.com/jKNjDjS9kL

Electricity is back in the stadium, means ambani's job is done.

MI losing the matches in this IPL

The official Twitter handle of the CSK also tweeted, “What’s happening? ☹️.” CSK skipper Mahendra Singh Dhoni, however, did not make it an issue and made no references to the episode in his post-match interview.

Mukesh Ambani-owned team went on to defeat the CSK by five wickets after bowling their rivals for just 97. Dhoni felt that the total was hard to defend even though he asked his bowlers to show plenty of character. At one point, it did appear that the CSK will pull off a sensational win as Mumbai Indians lost four quick wickets within the power play overs.

Daniel Sams was declared the Player of the Match.