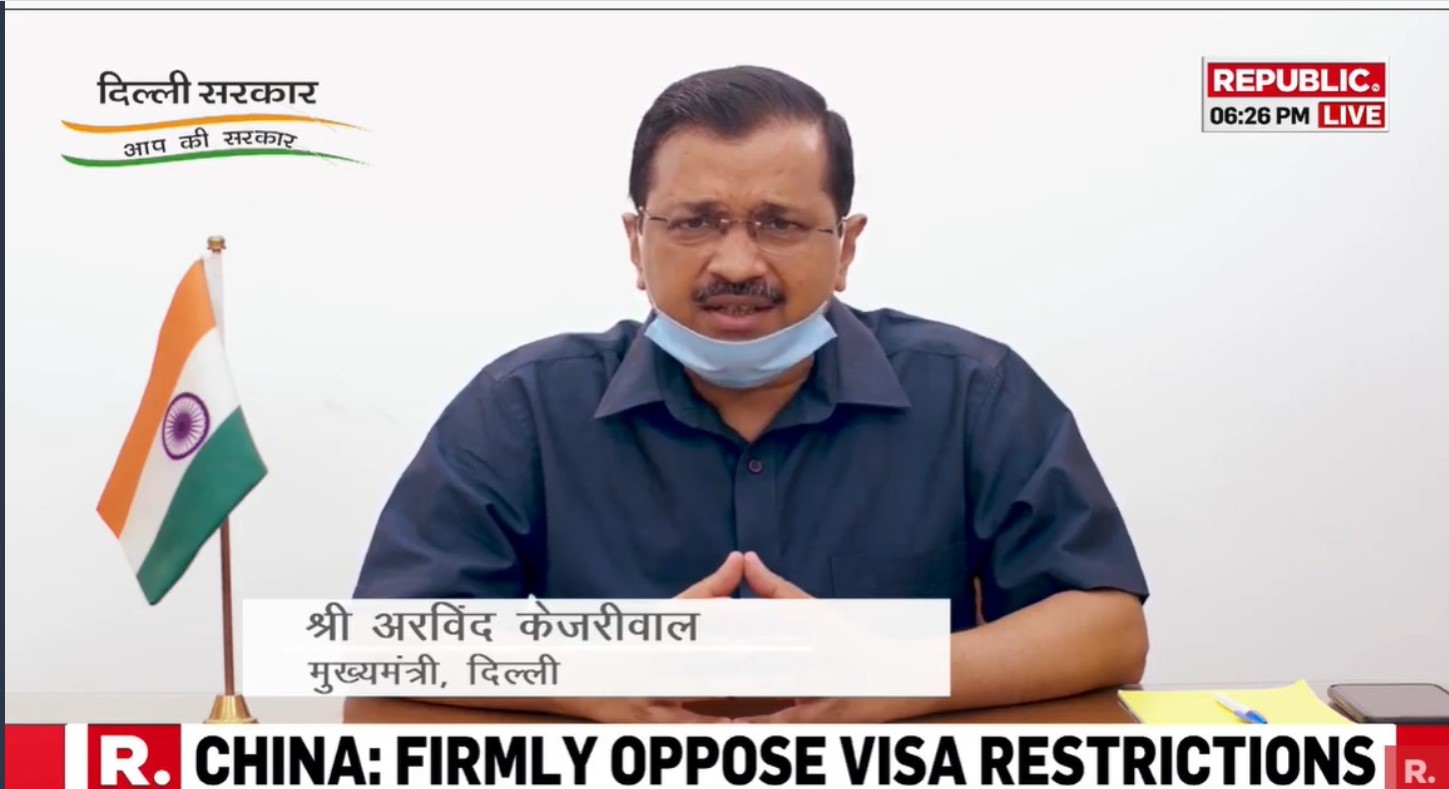 On Wednesday, Kejriwal was seen urging people to donate plasma to fight the COVID-19 pandemic, which has spiralled out of control in the national capital of India. However, Kejriwal’s choice of a platform, notorious for peddling fake news and spreading hate against Muslims, left even his supporters shocked.

One Twitter user Akshay wrote, “Arvind Kejriwal should not give ads to Republic TV.” Another user, Nurul Islam Mallick, wrote, “AAP and BJP are the same.” Another AAP supporter Akshat commented, ” Arvind Kejriwal should not give any revenue to hate mongering Republic TV (sic).” User Arun Kumar Tripathi wrote, “This opportunist who earlier wanted to go solo on every issue , has been transformed since Anti CAA protest began in Delhi.” “Kejriwal sold his soul to the devils,” Dr. Shakib I Khan wrote on Twitter.

Kejriwal’s decision to align with a platform, often condemned for pushing communally divisive agenda, should also assume significance in light of his own past stand against Goswami, who his party publicly boycotted during the latter’s term as the head of Times Now TV channel. Kejriwal’s party had also maintained its distance with Goswami even after he launched his own TV channel Republic TV in 2017. But, after his second historic win in Delhi assembly elections in February this year, Kejriwal began to face allegations of developing a soft spot for the right-wing politics.

The Delhi chief minister came under considerable attack for his silence even when India’s national capital, under his direct administrative control, burned in February, resulting in the deaths of 51 people, mostly Muslims. He was also curiously silent during the brutal police crackdown on the peaceful student protesters against the discriminating Citizenship Law in Delhi.

Many believe that Kejriwal decided to align with a communally divisive TV channel despite being fully aware of the global campaign to boycott Arnab Goswami’s TV channel. A UK-based anti-hate group Stop Funding Hate has been relentlessly trying to persuade advertisers to remove Republic TV and other similar hatemongering platforms from their list of preferred outlets for advertisements. In June, it had played a key role in persuading Renault to sever its ties with Republic TV.

Hi @Group_Renault – did you know that your advertising was appearing on the Youtube Channel of the notoriously divisive Republic TV? Surely not a message you want to be aligned with? https://t.co/GtWegKfQKw #StartSpreadingLove #WeStandTogether pic.twitter.com/C1rc81X9ZS

On 27 May, Stop Funding Hate group also informed how the British broadcasting watchdog, Ofcom, had begun investigating Republic Bharat for potential breaches of standards. Though based in India, Republic is available in the UK and, therefore, subject to Ofcom regulations.

It remains to be seen if Kejriwal will have a rethink on his decision to fund a TV channel, known for promoting enmity in the Indian society. The Delhi chief minister should be fully aware of several criminal complaints against Goswami for his two questionable broadcasts, aimed at disturbing communal harmony in India.

Ironically, Kejriwal’s Twitter bio reads, “We have to build an India where people from all religions and castes live with harmony and love and not have enmity for each other.”

Kejriwal is not dutifully bound to showcase his government’s expensive ads on Republic TV as this decision is always discretionary. But the Delhi government’s decision to include Republic TV in the list of media outlets that should receive lucrative government ads shows the Delhi chief minister’s fondness for Goswami and his TV channels.