Kolkata Knight Riders on Friday defeated Punjab Kings by six wickets with 5.3 overs to spare. Andre Russell remained unbeaten at 70 as the team owned by Shah Rukh Khan chased the target without much trouble. 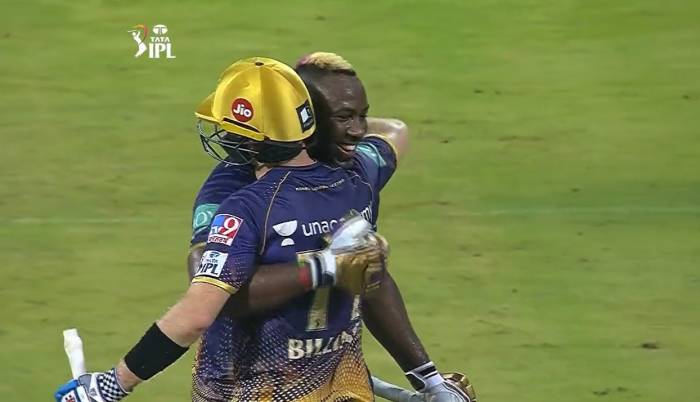 Batting first, Preity Zinta’s team were all out for 137 18.2 overs. Bhanuka Rajapaksa was the top scoer with 31 runs, while Kagiso Rabada made a quickfire 25 runs in just 16 balls.

Umesh Yadav was the pick of the bowler for the KKR taking four wickets. Tim Southee picked up two wickets.

Reacting to his side’s loss, Punjab Kings skipper Mayank Agarwal said, “We didn’t bat well enough. We showed some real fight with the ball initially and then Dre Russ came in and got going, credit to him for taking the game away from us like that. We started off well but could not capitalize, there were a few soft dismissals. The bowlers pulled it back nicely for us and we were in the game initially, but Russell took the game away. There were a lot of positives to take away.”

KKR skipper Shreyas Iyer said, “We were stunned by Punjab’s approach, we didn’t expect them to come so hard at us in the initial overs after losing an early wicket. My plan was to keep my best bowlers for their hard-hitters and that’s why I kept Varun and Sunil for late. They made my job easy and came out with their own strategies. They know what their plans are for the batsmen. To be honest, it was great to see Russell hitting, it was Russell Muscle. Umesh told me that he was getting older, but I told him that he was getting fitter. I see him wherever I go, at the gym, and he is working very hard. I know how to get the work done from him, and he has been a wonderful colleague.”

Yadav was declared Player Of The Match.