Amitabh Bachchan on Tuesday night left the KBC audience in splits after he said that only a woman could think of a clever idea to outsmart even a cruel man. By saying so, the Bollywood megastar appeared to convey a message to the prominent ladies of his house including Aishwarya Rai and Jaya Bachchan. 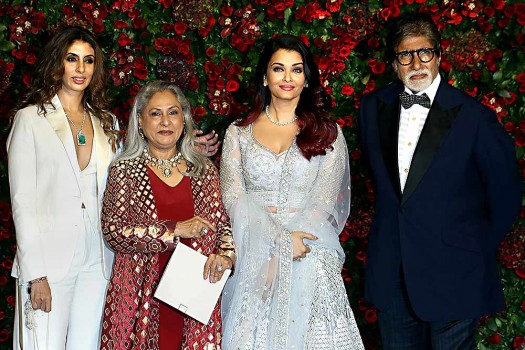 This was after he asked a KBC contestant, “The Arabian Nights” stories are told by Shahrazad to which king?” The options were Shah Alam, Shahzaman, Shahjahan and Shahryar. The correct answer was Shahryar but the contestant from Bengaluru needed the expert’s advice to reply this question.

Later Bachchan said, “King Shahryar was notorious for killing his wives one night after his wedding. But when Shahrazad married him, then to save herself, Shahrazad came up with an idea. What was that idea? She would tell a story every night until the dawn but would leave its end incomplete. How clever was she!

[Also Read: Not certain that constitutional norms are safe in hands of present establishment: Manmohan Singh]

“To hear the end of the story, Shahryar kept postponing his wife’s death. Finally, she decided to drop the idea of killing his wife. Only a woman can think like this.”

His quirky comments, also seemingly aimed at the womenfolk of his house namely daughter-in-law Aishwarya Rai and wife Jaya Bachchan, drew a huge round of applause from the audience.

This is not the first time that Bachchan’s quirky comments or funny reactions have left the KBC audience amused. Earlier, the Bollywood megastar had commented about the height gap between him and his wife Jaya.

On another occasion, he had complained to a contestant after she praised Aishwarya’s eyes on the popular quiz show.

This is the final week of Kaun Banega Crorepati and Bachchan is currently busy welcoming a group of contestants, who have been playing the game on the SonyLiv mobile application.