Authorities in the US say that all four members of an Indian-origin family have been found dead in California days after being abducted at a gunpoint. 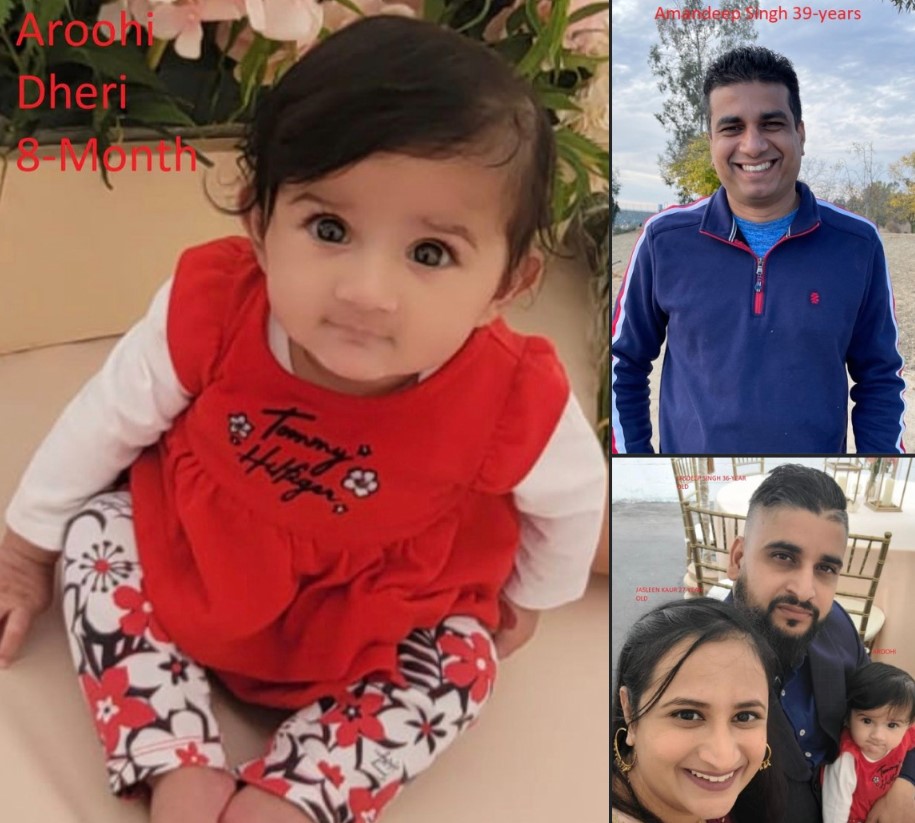 Warnke added, “Horribly, horribly senseless what happened here.” Warnke said that the family had been notified adding that ‘they can now have some kinds of closure.’

Jasleen Kaur, Jasdeep Singh, and Amandeep Singh and 8-month-old baby, Aroohi Dheri, were kidnapped at gunpoint on 3 October. The Merced Police had launched a search operation to find them. However, a report by CNN said that Aroohi was found in the same general area as her parents Jasleen Kaur and Jasdeep Singh, along with the body of the child’s uncle Amandeep Singh.

The police have arrested one ‘person of interest, in connection with the kidnapping and murder. The man, identified as 48-year-old Jesus Manuel Salgado. Prior to law enforcement involvement, Salgado attempted to take his own life. The suspect is in our custody, currently receiving medical attention and in critical condition.

According to the police, Salgado was convicted in 2005 in a case involving armed robbery and false imprisonment. He was later out on parole in 2015. Warnke said the man acted alone in the previous case and knew the victims.