Concerned over routines biases in favour of Siddharth Shukla, Bigg Boss on Friday night decided to send filmmaker Rohit Shetty to tell the world that Colors TV wasn’t favouring the former. Shetty, after entering the house, will be seen holding Asim Riaz also guilty while almost giving a clean chit to Siddharth Shukla for his violent behaviour. If the promo broadcast by Colors TV is anything to go by, Shetty will be seen holding Asim Riaz guilty for Siddharth Shukla’s violent behaviour. 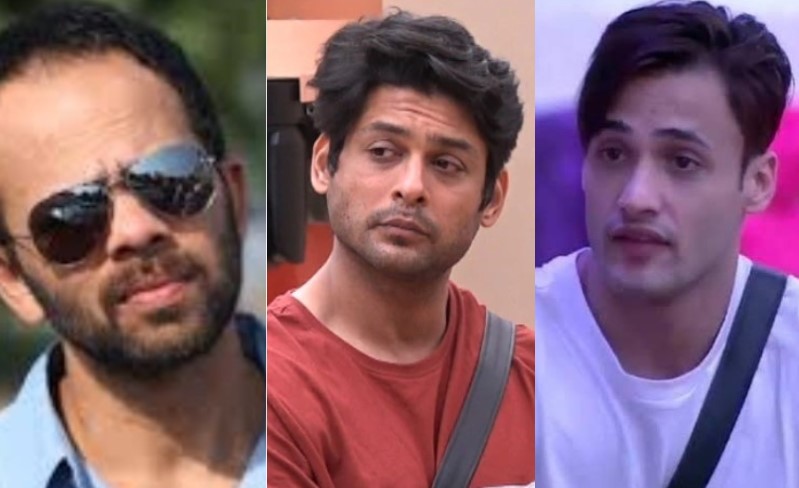 In the promo, Rohit Shetty is seen having a chat with Siddharth and Asim together. This was after he told the housemates to leave the three alone. He is heard saying to both Asim and Siddharth, “Aap bhi ghalat ho, aap bhi ghalat ho (you both are at fault).” Shetty then shifts his focus to Asim and says, “Asim, it’s not as if Siddharth is being favoured (on the show by Colors TV). It seems you people have crossed the limit somewhere…See there are tears in his (Siddharth’s) eyes.”

However, Twitterati were puzzled by Shetty’s reference to Siddharth’s tears. Many Twitetr users said that they failed to see the tears, mentioned by Shetty, in Siddharth’s eyes.

Even i ws wondering where is that special aansu which only rohit shetty can see n not us.. haha.. juz their way to show siddharth good.. like seriously.. #ISupportAsim #AsimSquad #asimwinnninghearts #JeetegaToAsimHi https://t.co/0B4t9zxSxi

Trying to find that elusive “aansu” in his eyes! But alas! No sign of tht “aansu”! ??#BB13 #BiggBoss13 pic.twitter.com/HPa2VfCkwj

Both the show’s host and Colors TV had come under condemnation for biases particularly last weekend when Siddharth brutally showed Salman Khan his place by clearly establishing himself as the real boss in the reality show. Even Salman Khan looked helpless for the first time in the history of the reality show. Many felt that no one other than Siddharth Shukla was capable of making Salman Khan feel so helpless. Others wondered if Salman’s helplessness stemmed from the fear of upsetting his employer Colors TV as he risked losing crores if he decided to defy the channel’s diktat.

While it’s not clear why Rohit Shetty has been asked to enter the house to speak to both Asim and Siddharth, but many link his entry to Siddharth’s defiance to Salman Khan last week. Siddharth had taken part in another Colors TV reality show Khatron Ke Khiladi, which is usually hosted by Rohit Shetty. However, the show was hosted by actor Arjun Kapoor when Siddharth took part in the competition. Shetty is an acclaimed director and is known for giving hit films. Colors TV may feel that Shetty will be able to placate both Asim and Siddharth while also dispelling the perception that the show was fixed in Siddharth’s favour.

Both Siddharth and Asim started the competition as two good friends but they fell out spectacularly later in the show. Their differences took ugly turns on several occasions when Siddharth was seen violently attacking Asim. He was previously accused of assaulting another contestant Mahira Khan. On all occasions, Bigg Boss let Siddharth off with a slap on his wrist by merely nominating him for a couple of weeks.

On Friday night too, Siddharth was seen abusing Asim by disparagingly dragging the latter’s father in the fight.