A day after Aamir Khan’s daughter Ira Khan revealed how Yuvraj Singh’s wife Hazel Keech had ‘yes to her proposal’, it has emerged that she has also cast her brother Junaid Khan to play a lead character in her upcoming play Medea. 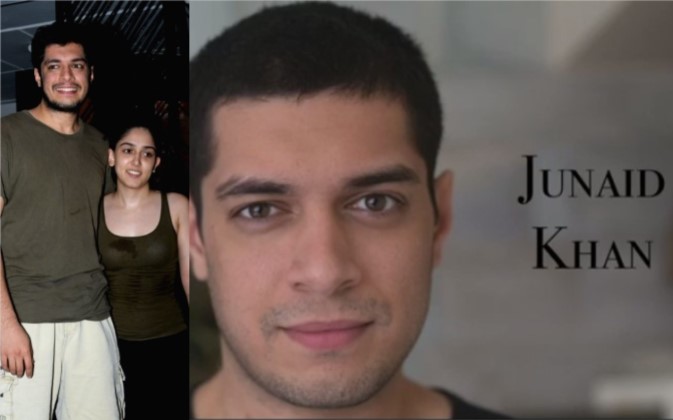 A video released from the Instagram account of ‘Medeatheplay,’ introduced the entire cast of the play. It included Hazel Keech, Varun Patel, Sabreen Baker, Nolan Lewis, Rohini Raja and Divyesh Vijayakar among others. However, the most noticeable cast is that of Junaid Khan, who is Ira’s brother. Both Ira and Junaid are Aamir Khan’s children from his first wife Reena Dutta.

The video, however, did not reveal much about the characters or the roles they would be playing in the play.

On Monday, Ira’s Instagram post had shown her going down on one knee in front of Hazel, who’s now the wife of former India cricketer Yuvraj Singh. The proposal made by Ira was about the lead role in her debut directorial venture of a play, which is an adaptation of Euripides’ Greek tragedy Medea. Ira had asked Hazel to play the lead role of Medea and, as expected, she could not say no to the offer.

Hazel, who shot to fame with Salman Khan-starrer Bodyguard, wrote, “After being away from theatre for almost a decade im back in the Greek Tragedy Medea…. playing Medea!!! This is doubley excited because A. Im back to theatre, my first love and B. My sweet little @khan.ira is directing it!!!! Im impressed more and more each passing day with her clarity and conviction of what she wants and is trying to achieve and by her confidence and self esteem she has at such a young age. Im so proud to be working with you on this Tich, love you.”