Ever since Aamir Khan’s daughter Ira Khan has announced her collaboration with former India cricketer Yuvraj Singh’s wife Hazel Keech, she’s found herself under considerable media spotlight. The young star kid had recently announced her maiden project with Hazel in a lead role. Since then, both Ira and Hazel have displayed just how close they are as friends. Now, an Instagram post by Ira has left Hazel in splits. 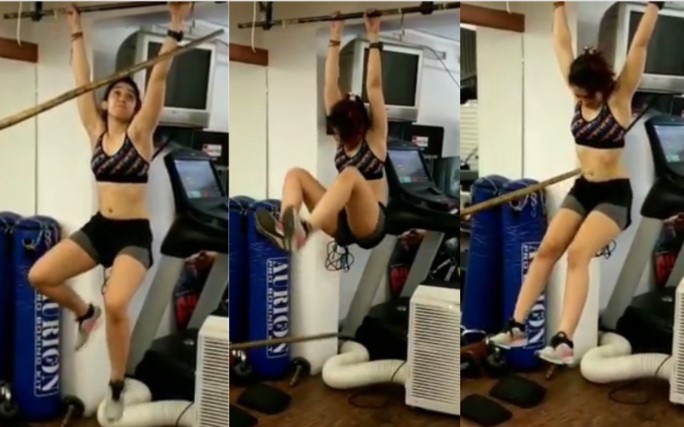 Last week, Ira shared a video of her fun workout schedule wherein she was seen suspended from a bar a few feet above the ground. While she was being prodded by a stick, she had to make every effort to avoid touching the stick. She went to the extent of supporting all her body weight with only one hand, while she wriggled and writhed around to fulfill the goal of the exercise. Her first few seconds of the workout were brilliant, she lost her grip on the bar and fell to the floor.