Aamir Khan’s daughter Ira Khan has set the internet on fire with a series of bold photos inviting incessant trolling from social media users. Many users have accused her of emulating Bollywood actress Disha Patani, who’s often faced backlash for sharing bold photos of herself. 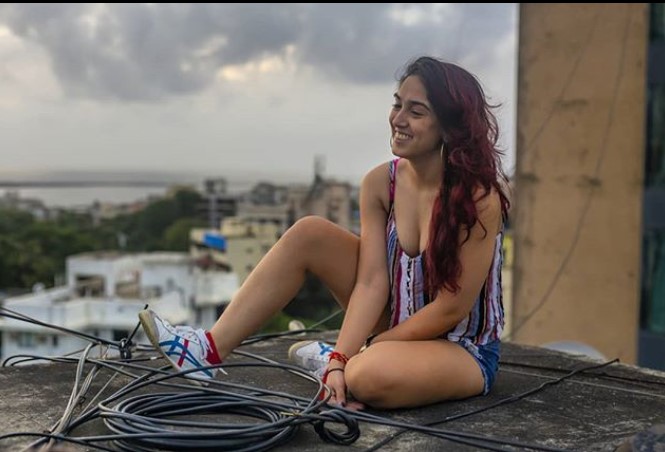 Taking to Instagram, Ira shared a series of photos while flaunting her dark blue backless and thigh-high slit gown. In one photo she appeared to be lying down on a makeshift bench against the backdrop of a mountain range. The photo that triggered criticism was the one where she was shown flaunting her leg. Sharing the photo, Ira wrote, “What a view… @photographybyroozbeh. #whataview #seasonsmumbai #shoot #photooftheday.”

Her ‘what a view’ caption evoked sarcastic comments from fans many of whom appeared to agree but in a veiled reference to the exposed parts of her body. One wrote, “Really, what a view.” Another commented, “Nice ur legs baby.” Another user asked, “What she trying to prove.” “What kind of a Muslim are you?” asked another user.

In another photo, Ira was standing with her exposed back facing the camera as she enjoyed the scenic beauty of the hills.

She posed for the camera while sitting on a bench in another photo.

Ira has just made her directorial debut with Euripedes’ Medea. Former India cricketer Yuvraj Singh’s wife Hazel Keech is playing the lead role of Medea. Veteran actress Sarika is producing the play under her production company NautankiSa Productions. Ira’s brother Junaid Khan too has been cast in the play.