Makers of Bhabhi Ji Ghar Par Hain have been left stunned as Saumya Tandon announced her departure from the popular &TV series four years after former Bigg Boss contestant Shilpa Shinde left the show. After days of speculations over her association with the show, Saumya has confirmed the news ending her relationship with Bhabhi Ji Ghar Par Hain. 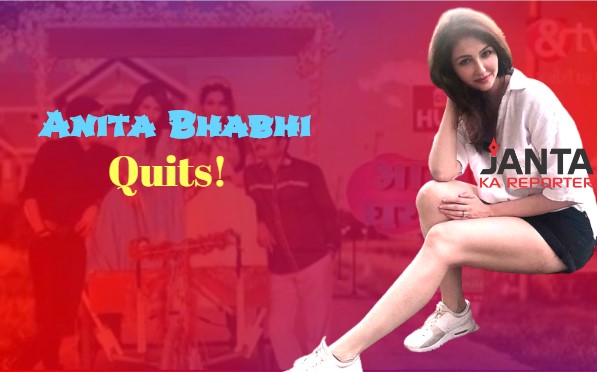 Saumya, who plays the character of Anita Mishra or Gori Ma’am, told Bombay Times that she has indeed decided not to renew her contract and 21 August will be the last day of her shoot.

“Finally, people can stop speculating whether I will continue on the show or not.. You can say that it’s an impractical decision to quit a stable job, that too, in an established show. But I realised that being employed and earning a regular income was not exciting enough anymore,” Saumya was quoted as saying.

Saumya said that she was keen to do projects where there was ‘scope for growth as an artiste.’ She said, “Having said that, it does not mean that Bhabi Ji Ghar Par Hain did not contribute to my growth. I had a beautiful journey on the show. However, I have played this character for five years now and I don’t see myself doing it for another five years.”

Not too long ago, Saumya had dropped a bombshell by revealing that all TV artists had been asked to take pay cuts going forward in the future. Saumya’s stunning revelation on the new normal came after it emerged that the shooting for Bhabhi Ji Ghar Par Hain had resumed after several months of lockdown due to the COVID-19 pandemic. Saumya was also believed to be nervous about returning to the sets due to the fear of COVID-19 as thousands die of the deadly virus in Mumbai.

Trying a different look altogether. What should I call it, vintage, may be coming alive out from a old painting. #vintageinspired #makeup #fashion

The popular actress, however, denied rumours that money or coronavirus were the reasons for her quitting the show. She said in the same interview with Bombay Times, “Not continuing with Bhabi Ji Ghar Par Hai was not an impulsive decision. Yes, it is true that I was anxious after my hairdresser tested positive for coronavirus and I did not want to put my elderly mother and one-and-a-half-year-old son at risk. But I have completed my notice period. My producers were very co-operative and I have a great rapport with them. They have been great producers and respect them a lot. As far as pay cut is concerned, in these times, people have to accept that the economy has been hit. I am not leaving the show because of monetary reasons.”

Anita has been the part of the show since its inception. She played the character of Anita Bhabhi, who runs grooming classes and supports her family since her husband Aasif Shaikh is jobless. While Aasif’s character, Vibhuti Narayan Mishra, has a crush on Angoori Bhabhi, the latter’s husband Rohitashv Gour aka Manmohan Tiwari is smitten by Anita Bhabhi’s beauty and her upmarket mannerism.