The Covid-19 pandemic has affected lives, livelihoods, businesses and economy. Now that the world, including India, is learning to live with the virus until a vaccine is developed, and opening the economy and businesses at the same time, it’s useful to look at some of the key indicators that will help us expedite growth and achieve the Aatmanirbhar Bharat Mission. 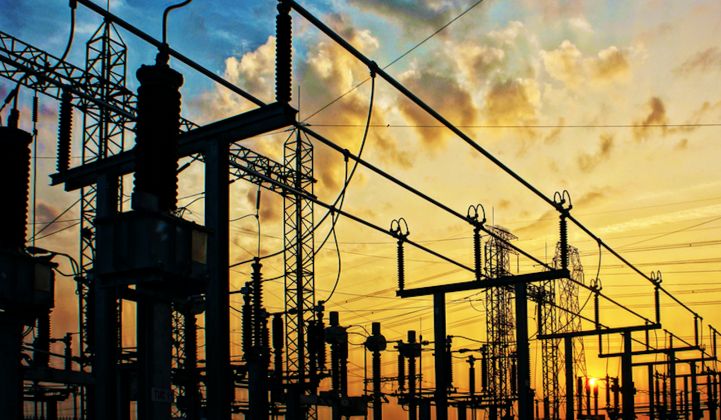 One of the key sectors is Power. During the pandemic-induced lockdown, the power demand had dipped significantly. Now the demand is back to normal levels.

As India aims at becoming a manufacturing hub, and producing world-class products for a global market, it’s extremely important that the industry, businesses, apart from the common citizens, are assured of uninterrupted quality power supply at competitive rates.

We all know that the power sector is plagued with systemic problems, and multiple challenges, across the value chain. I would, however, like to highlight two key points which need urgent attention and action.

The first point pertains to cross-subsidies and the impact they have on the industry, businesses, Power players, and the overall economy.

While Power Generators are known to get tariffs around Rs 2.5 per unit, Discoms sell power to consumers at huge margins, resulting in rates of almost Rs 6–9 per unit for industrial and commercial consumers.

There is a simple solution to address this anomaly: We can enable the industry to purchase electricity directly from the Exchange over their usual commitment.

This may sound simple, but the problem is complicated by the concept of cross-subsidy — where the Discoms charge some customers higher tariffs to subsidise the cost of electricity for other types of end-use customers. This results in inefficiencies in the market for electricity, and in its distribution.

Initially, it was said that cross-subsidy should be eliminated. Now, however, there’s a growing view on reducing cross-subsidy. The National Tariff Policy 2016 stipulated that cross-subsidies among electricity consumers be capped at 20 percent of average cost of supply. A NITI Aayog-sponsored study in 2019 reiterated the point.

However, in reality, states are not known to follow this. In many states, they are in excess of 50 percent. Industrial and commercial consumers are thus enormously burdened, adversely impacting their competitiveness and productivity. We need to act on this urgently.

This is particularly relevant in the present context when Power plants are stressed, and are running at PLF of around 50 to 55 percent. The MSMEs cannot afford to buy power being offered to them at Rs 4–4.5 per unit. Industry is thus shut. Power plants are being forced to back down. The economy suffers.

One practical solution out of this impasse is that the industry should be able to buy power from the Exchange over and above their commitment with minimal cross-subsidies, say, around 25 paise per unit. Power would be then available to them at Rs 2 to 2.5 per unit. From a zero-sum game, it would then become a win-win game for the industry, power players, and the overall economy.

On the policy front, the government’s draft Electricity (Amendment) Bill 2020 proposes to mandate tariff determination on the basis of costs, without factoring subsidies.

The new tariff policy, approved by the Group of Ministers, reportedly discusses the blueprint to reduce cross-subsidies. This will create a level-playing field for the industry.

While the agreement now is to reduce cross-subsidy, we must debate to eliminate it altogether if we are to enhance our industry’s competitiveness and work on the larger issue of ease of doing business in the country.

The second major problem is that while generators get different rates at their end selling electricity at different times of the day in spot exchange, the consumers have to pay fixed charges regardless of the time of day. This creates huge inefficiencies in the system; they prevent any type of market-determined price-discrimination between different time bands.

Some customers, for instance, might be willing to reschedule their electricity consumption based on the price being charged at a particular time. Under the present arrangement, they have no such incentive as the price remains fixed. This also disrupts the demand-supply equation. This, then, calls for Time-of-Day (ToD) Metering.

Globally, there exist many examples of dynamic real-time pricing of electricity, like in Sweden, Spain, UK, Denmark and Norway.

The incumbent Union Power Minister, R K Singh, has spoken about ToD tariff. A proposal on smart prepaid meters, which found a mention in the Union Finance Minister’s speech this year, is linked to the ToD regime.

The time to announce a nation-wide switch to a Time-of-Day Metering regime is now. It would help non-commercial consumers and industry alike.

The availability of power, power consumption patterns, electricity rates and the overall health of the power sector have a direct bearing on the nation, the economy, the people and their quality of life. In this extremely challenging period, India is working to expedite the growth process, which will make up for the pandemic-induced reverses, and help us achieve our long-term objectives, including the Aatmanirbhar Bharat vision. It’s important that the power sector is in good health and contributes towards this optimally.
The two changes that I suggested will work to unlock the Power sector, increase per capita power consumption from 3 KWH per day to 5 KWH and improve the quality of life of millions and add to the growth momentum, leading to a win-win scenario for all stakeholders.

(The author is a former Indian parliamentarian and Chairman of Jindal Steel & Power Ltd.)