India’s Abhijit Banerjee has won this year’s Nobel Prize for Economics for considerably improving ‘our ability to fight global poverty.’ He will share his prize with his wife Esther Duflo of Massachusetts Institute of Technology, Cambridge, USA and Michael Kremer
Harvard University, Cambridge, USA. 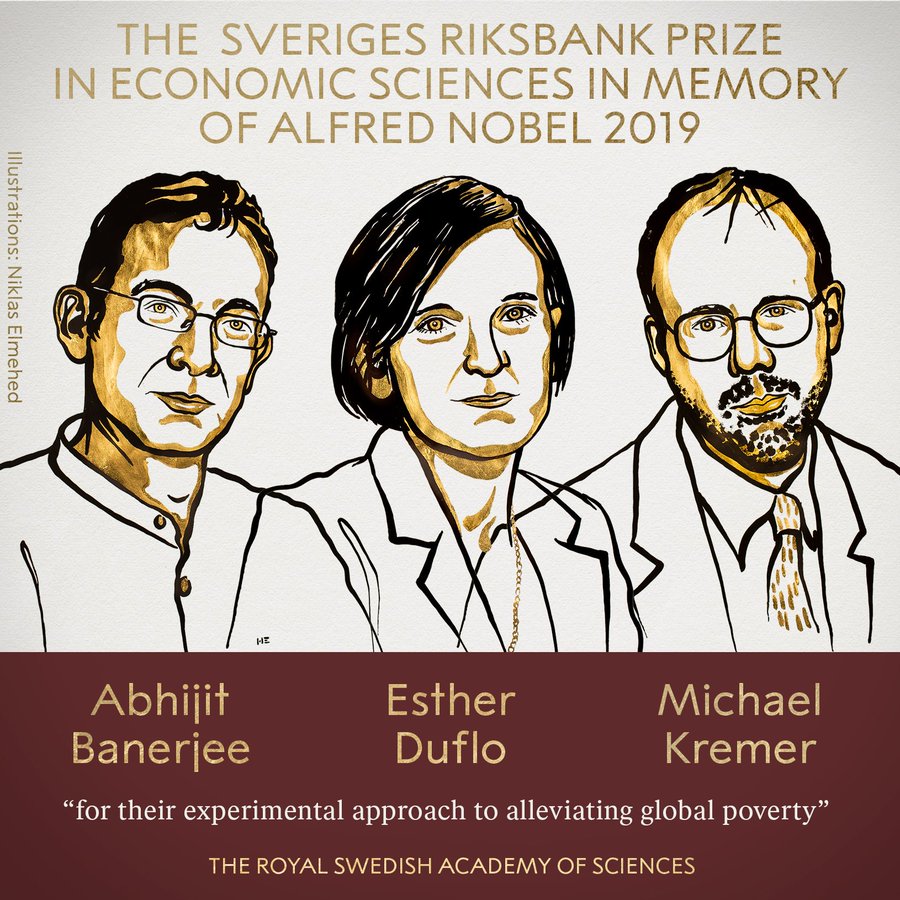 The Swedish Nobel Committee said in a statement, “This year’s Laureates have introduced a new approach to obtaining reliable answers about the best ways to fight global poverty. In brief, it involves dividing this issue into smaller, more manageable, questions – for example, the most effective interventions for improving educational outcomes or child health. They have shown that these smaller, more precise, questions are often best answered via carefully designed experiments among the people who are most affected.”

It added, “In the mid-1990s, Michael Kremer and his colleagues demonstrated how powerful this approach can be, using field experiments to test a range of interventions that could improve school results in western Kenya.”

“The Laureates’ research findings – and those of the researchers following in their footsteps – have dramatically improved our ability to fight poverty in practice. As a direct result of one of their studies, more than five million Indian children have benefitted from effective programmes of remedial tutoring in schools. Another example is the heavy subsidies for preventive healthcare that have been introduced in many countries,” said the Nobel Committee.

Earlier Amartya Sen was awarded the Nobel Prize for Economics in the 90s. Banerjee is not just the second India to win this coveted honour but also the second Bengali after Sen.

Reacting to Banerjee’s Nobel Prize honour, Congress leader Rahul Gandhi tweeted, “Congratulations to #AbhijitBanerjee on winning the Nobel Prize in Economics. Abhijit helped conceptualise NYAY that had the power to destroy poverty and boost the Indian economy. Instead we now have Modinomics, that’s destroying the economy and boosting poverty.”

Prime Minister Narendra Modi has not congratulated Banerjee yet for his extraordinary achievement.