Days after Indiabulls withdrew its ‘defamatory’ content plea against BJP’s Rajya Sabha MP Subramanian Swamy and social media platforms, an NGO represented by lawyer-activist Prashant Bhushan has levelled fresh allegations against the housing finance company and its promoter Sameer Gehlaut. Responding to a perjury application and plea filed by Indiabulls Housing Finance Limited (IHFL) in the Delhi High Court, the non-governmental organisation, Citizens Whistle Blower Forum, has alleged that Yes Bank advanced loans in excess of Rs 5698.12 crore to companies in the Indiabulls group and the group ‘in return’ gave more than Rs 2,000 crore to entities associated with Rana Kapoor (promoter of Yes Bank) and his family. 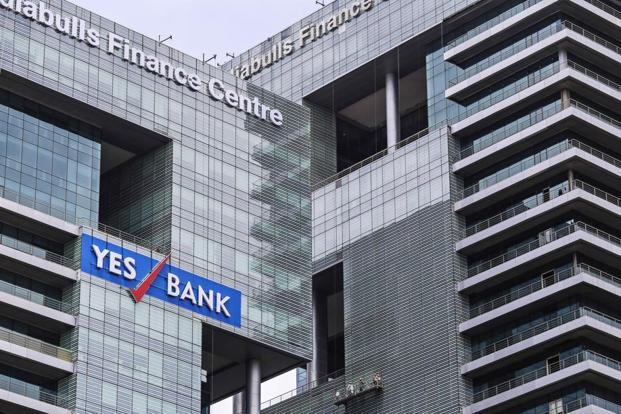 The Delhi High Court is scheduled to hear the matter on 24 October. In its writ petition filed on 6 September, the NGO had alleged financial irregularities worth thousands of crore rupees by the company headed by its founder and promoter, Sameer Gehlaut. The NGO had urged the court to order an independent investigation by a Special Investigation Team to inquire into the allegations against the Indiabulls group.

The IHFL had moved the High Court seeking the dismissal of the petition filed by Citizens Whistle Blower Forum while accusing the NGO of perjury. A bench of the Delhi High Court comprising Chief Justice DN Patel and Justice C Hari Shankar on 1 October had issued a notice to the NGO and one of its founders and leading members, Prashant Bhushan.

The latest plea filed by the NGO is in response to that notice.

Denying the allegations of perjury made by the IHFL, the NGO said that this was ‘designed to prevent a thorough investigation by Respondent statutory authorities into the various illegalities that have been perpetrated by Applicants at the initial stage itself.’ In its response, the NGO also alleged that the IHFL alleging perjury against it were ‘willfuliy and deliberately designed to mislead this Hon’ble Court as to the facts and issues at hand for which criminal action ought to be taken against the Applicant Company and its promoter for perjury.’

The response filed by the NGO has made serious allegations on the involvement of the promoters of Yes Bank adding that it has received ‘certain more information regarding dubious loans being extended by Yes Bank to various Indiabulls Group companies and part of the loan is being diverted to accounts owned by the family of the promoters of Yes Bank.’

The NGO’s response to the High Court read, “That Yes Bank is a private sector bank in India founded by Mr. Rana Kapoor and Mr. Ashok Kapur in 2004. As per documents available with the petitioner, Yes Bank has extended a huge and steady line of credit to 14 Indiabulls Group companies between 2009-10 and 2018-19, including IBHFL. Many of these companies are shell companies with negative net worth, no income from business operations and huge amount of accumulated losses.

“Most of these companies have used the loan amount to give loan/advances to other companies or to invest in compulsorily convertible Debentures with 0.001% of other companies. In order to return the favour, IBHFL has advanced huge sums of loans to seven companies which Ms. Bindu Rana Kapoor, wife of Yes Bank promoter Mr. Rana Kapoor, owns directly or through subsidiaries. The table below shows the magnitude of the money borrowed by Indiabulls Group Companies from Yes Bank could be much more than a whopping Rs 5698.12 crores.”

Prashant Bhushan’s NGO further alleged that in order to return the favour, IHFL advanced huge sums of loans to seven companies owned by the family members of Yes Bank either directly or through subsidiaries.  It’s alleged that these seven companies were  given loans totaling Rs. 2034 crore.

The NGO alleged, “None of these companies ever filed charges with the Ministry of Corporate Affairs against loans and many of these companies have not disclosed these loans as mandated by the law in current annual reports (2017 -“18). Surprisingly, no regular repayment is specified by them either, and above all one single-bullet repayment is envisaged at the end of the term for all these loans, a violation of the standard accounting procedures. The petitioner submits that in certain transactions the name of the lending company i.e. IBHFL is not disclosed but the petitioner has confirmed the same from unimpeachable sources that the lending company is IBHFL.”

All these companies that were given loans in hundreds of crores of rupees have no income from business operations, have no fixed assets and have been running in losses, alleged the NGO in its response to the High Court.

The Delhi High Court earlier this month allowed Indiabulls Housing Finance Ltd to withdraw its plea seeking to restrain BJP leader Subramanian Swamy and social media giants Twitter, Facebook, Instagram and WhatsApp from publishing or disseminating any ‘false, offending or defamatory’ allegations against it. According to news agency PTI, Justice Mukta Gupta allowed the application saying the suit was ‘dismissed as withdrawn.’

This was after the court passed an interim order last month restraining Swamy and social media giants from publishing or disseminating any ‘false, offending or defamatory’ allegations against the company.

During the hearing, the lawyer representing the IHFL sought to withdraw the suit saying that they hoped that there was going to be quietus now. When the judge asked the counsel the reason for withdrawing or if there was any other problem, he said he was also surprised with this move but he has been instructed to close it.

Sameer Gehlaut and his firms have been in the news lately for alleged round-tripping of funds involving Indiabulls Housing Finance Ltd.

Sameer Gehlaut has now fallen off the Forbes India Rich List for 2019. According to Forbes India magazine, one of the reasons for Gehlaut’s downhill journey has been the general liquidity crunch in shadow banks caused as a result of default by IL&FS in September 2018. This caused difficulties for the IHFL to raise money. For now, all they’ve been doing is adjusting their liabilities—money borrowed short-term was lent for longer periods —in a market where lenders have turned cautious.

In addition, Indiabulls loans turned bad as a slowdown in home sales entered its fifth year. On a net worth of Rs 16,482 crore, the IHFL had liabilities of Rs 1,05,756 crore in the year ending March 2019. Its attempts to reduce the cost of its liabilities by merging with Lakshmi Vilas Bank were also rebuffed by the Reserve Bank of India.