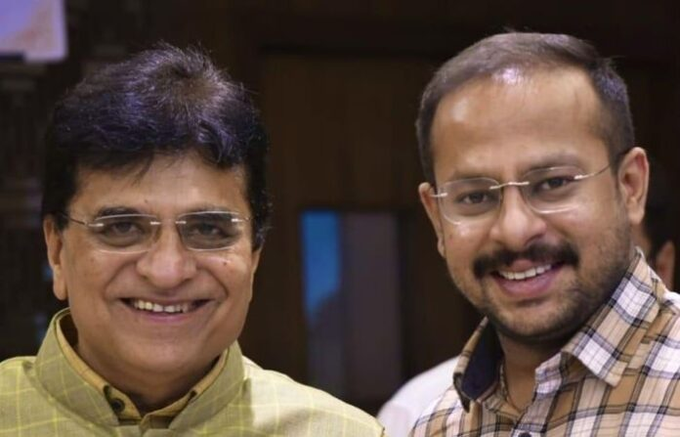 And rest assured, apart from Baap & Beta, 3 Central agency officials and their “Vasuli Agents” will also go behind bars.

Last month, Raut had said that Somaiya was the beneficiary of the PMC Bank scam as he asked why the Enforcement Directorate had not arrested Somaiya, his son and wife Medha Somaiya. He had said, “Chronology Samjhiye! -Rakesh Wadhvan is d mastermind of #PMCBankScam, In 2015-16 ₹4.15cr ws depositd in Devendra Ladhani’s a/c by Wadhvan, Ladhani is Kirit Somaiyya’s partner, So,Kirit is beneficiary of PMC Bank scam. My question:Why hasn’t ED arrestd Neil & Medha Somaiya yet?”

The Mumbai Police had arrested the father-son promoters of Housing Development and Infrastructure Limited (HDIL) in 2019 after they were accused of defaulting on a loan of Rs 6,500 crore owed to the crisis-hit Punjab and Maharashtra Cooperative Bank. The company owned by Rakesh Kumar Wadhawan and his son Sarang Wadhawan reportedly sponsored Kolkata Knight Riders – an IPL cricket team owned by Bollywood actor Shah Rukh Khan, was the organiser of a glorious Mumbai fashion event, HDIL Couture Week India and also had stakes in Adhikari Brothers’ firms and Hindi news channel Live India.