His decison left alot of speculation as to who would step into his shoes. Until Monday this week, it was a two way fight between Conservative leaders Andrea Leadsom and Theresa May. However as the day progressed Ms Leadsom gave up and it was clear that Theresa May was going to be the new Prime Minister of the UK. David Cameron anoounced that he would resign in the next couple of days.

Here are excerpts of his farewell speech:

In his final words outside Downing Street, he described his role as “greatest honour of my life”

Accompanied by his wife and three children, he then left No 10 for the last time as Prime Minister and travelled to Buckingham Palace, where he formally offered his resignation to the Queen. 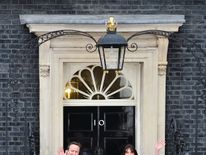 David Cameron and his wife and children waving at Downing Street

Theresa May held a meeting with the Queen, where she was appointed the Monarch’s 13th Prime Minister. 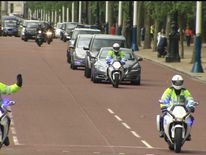 The Cameron family making their way to Buckingham Palace

Surrounded by his family, he thanked his three children and his wife Samantha, who he described as the “love of my life,” who has “kept me vaguely sane.”

He went on to endorse Mrs May, saying he is “delighted that for the second time in British history the new Prime Minister will be a woman and once again, a Conservative.” 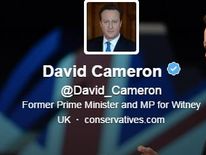 David Cameron changed his Twitter profile within minutes of stepping down

“I believe Theresa will provide strong and stable leadership in fulfilling the Conservative Manifesto on which we were elected, and I wish her well in negotiating the best possible terms for Britain’s exit from the European Union,” he said.

He concluded: “It has been the greatest honour of my life to serve our country as Prime Minister over these last six years, and to serve as leader of my party for almost eleven years.

“And as we leave for the last time, my only wish is continued success for this great country that I love so very much.”

It is unclear where he and his family were heading next.

He signed off, saying: “Nothing is impossible. I was the future once.”

Naveen Jindal - September 28, 2020
0
The Covid-19 pandemic has affected lives, livelihoods, businesses and economy. Now that the world, including India, is learning to live with the virus until...

207 killed and hundreds injured as terrorists attack churches and 5-star...