The co-producer of Priyanka Chopra-starrer “Jai Gangaajal” has filed a police complaint against its director Prakash Jha’s production company, alleging fraud and cheating. 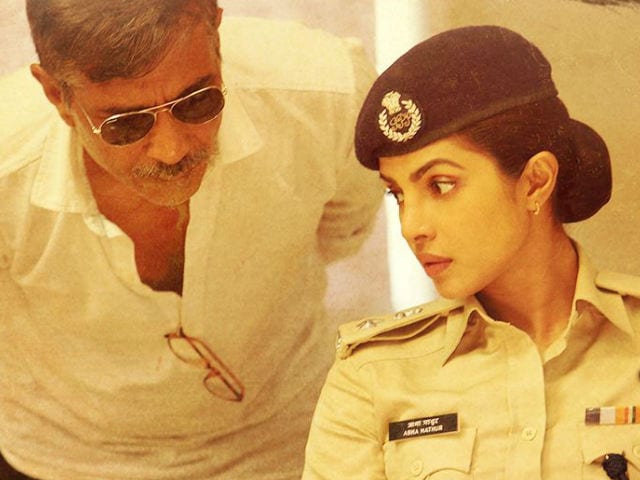 “In a breach of the MoU filed between us for ‘Jai Gangaajal’, we are yet to receive the master copy of the film which is causing losses to our production house as we are not able to execute any commercial deals or sell satellite rights to any TV channel in the absence of the original copy,” Play Entertainment CEO Milind Dabke said in a statement issued here today.

Play Entertainment has said in the case of its another collaboration with Jha, the Arshad Warsi-starrer “Fraud Saiyaan”, though the agreement was to grant all copyrights to the company, the copyright of sound recording of the film was sold to another music firm.

“Therefore, it clearly suggests that at the time of executing the MoU, the fact that music rights were sold to another company was intentionally suppressed,” Dabke said.

A top official of Jha’s company has, however, dubbed the allegations as baseless and said that the case has been filed with an intention to gain cheap publicity.

“They are trying to create a case which is not tenable at all. All this is being done for cheap publicity by using a big banner like ours. If they continue to unnecessarily harass us, we will have no other option but to file a harassment case against them,” Prakash Jha Productions CEO Sunil Agrawal told reporters here.

Agrawal said that for “Jai Gangaajal”, he has already written more than 10 letters to collect the master copy of the film, which was initially not given as due payments were not made.

“We later realised we will not receive money so decided to simply give it (master copy) to them so that the film does not suffer,” he said.

Meanwhile, Bharat Gaikwad, senior police inspector of Amboli police station, said they have received a complaint in the matter and investigation is underway.